Our first football training camp report for this fall features the Cooper Hawks.

After falling just short several times, Cooper broke through to reach the state playoffs for the second time in school history last season.

They advanced to the state class AAAAA semifinals before falling to Mahtomedi.

The Hawks will have to replace some star power lost to graduation, especially offensively.

They still have high expectations though. 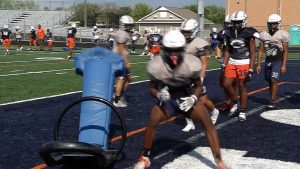