The Cooper football team had a tough outing Friday, falling 34-7 to Mahtomedi in the state class AAAAA semifinals.

It was the first semifinal game in program history for Cooper.

The Hawks played without injured standout quarterback Joe Russell, who was hurt late in the quarterfinal win over Alexandria.

Mahtomedi scored twice in the first quarter to build a 14-0 lead, then added a touchdown midway through the second quarter to make it 21-0 at the half.

Cooper couldn’t get any sustained drives going for much of the game, and also had a couple of turnovers.

Running back Camden Royal, who returned after missing the Alexandria game with an injury, scored Cooper’s lone touchdown late in the game.

The Hawks end the season with a 9-3 record. Mahtomedi will face Mankato West for the class AAAAA title. 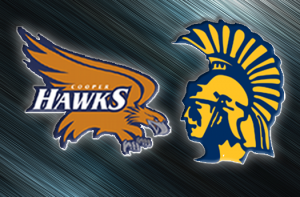