The Falcons scored three early goals, only to see Champlin Park answer with three of their own to tie it 3-3.

It was mostly Armstrong from there.

The Falcons built an 8-4 halftime lead and then scored eight more in the second half. 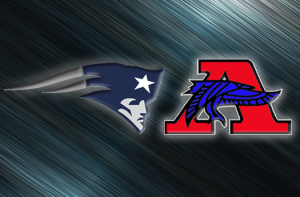