The Hennepin County Medical Examiner has identified the woman who died in a three-vehicle crash last Sunday in Maple Grove. The crash occurred shortly before 4:30 a.m. on County Road 81, just west of Maple Grove Parkway.

Phousalinh Khounpanya, 67, died of multiple blunt force injuries. She was pronounced dead at the scene. According to her obituary, Khounpanya lived in Osseo.

The obituary says Khounpanya was born in Laos and was one of 11 children. It noted she was one of the few women allowed to jump out of a plane while serving in the military in Laos.

“She was a very humble and giving person and always put others first before herself. She was set to retire in January 2022,” the obituary said. 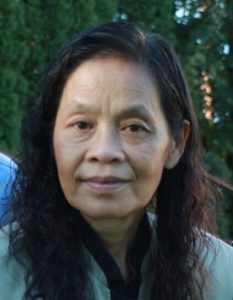 Another driver, a 31-year-old man, suffered critical injuries in the crash but is expected to live, police said.

Charges are pending against a third driver, a 21-year-old Otsego woman, as authorities await toxicology results. CCX News generally does not identify suspects before they are charged.

According to Maple Grove police Cmdr. Jon Wetternach, the 21-year-old driver “showed signs of alcohol use.” She was released pending further investigation, including the toxicology testing. Wetternach believed it would be several weeks before the investigation is completed.

Visitation and funeral services for Khounpanya will be held this Sunday at Miller Funeral Home in Fridley, with the visitation starting at 10 a.m. and the funeral at noon.