Every Wednesday at Wayzata Central Middle School, a group of students spend time preparing for one of the biggest competitions of their lives.

“If you count from 1 to 100, how many 9s will you pass on the way,” Polly Laugen asked of the group of students.

Those Plymouth students are part of Central’s science bowl team, which took first place at the Regional Middle School Science Bowl on Feb. 12.

“I was actually shocked when we won because we were all really nervous for this, and so when we found out that we won it was amazing,” said Aaratrika Mondal, an 8th grader.

The key to success for the students on the team is motivation. They happen to love science and math, which makes studying the topic a lot easier.

While the local competition may be over, they have a bigger goal in mind. 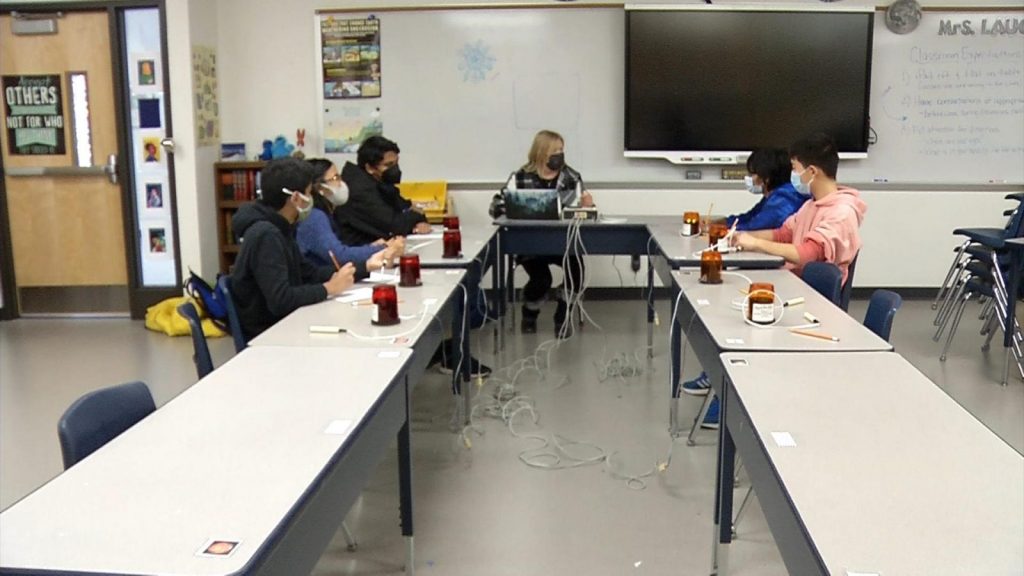 Taking on the nation

Their win last month qualified them for the National Science Bowl in Washington, D.C., which takes place in late April/early May.

“You go through different stuff, you try to do a few practice questions,” said Tanush Thimmasani, an 8th grader on the team, referring to the preparation. “And if you do enough of that stuff, it really helps you. Even if you don’t know the answer to other questions, it helps you make educated guesses to get the answers correct.”

Each of the students on the science bowl team brings a different skill-set to the table, whether it be math, physics, chemistry, biology or earth science.

But it’s the job of the team captain to ultimately decide which answer the team goes with in the heat of competition.

“So whenever we’re asked a question, even if it’s not our strength we still listen to everyone,” said Mondal, the team captain. “And then oftentimes we figure out, even if that wasn’t what you studied, you’re still right. And it makes, it enriches everyone’s experience.”

It remains to be seen how these students do when they face off against the rest of the nation, but a lack of preparation certainly won’t be an issue.

“I would love to win as a team,” Mondal said.