More than 27,000 acres of parks and trails make up the Three Rivers Park District system. When you have an area that large, it requires a few good volunteers. No one has been more generous with their time than Gene Lau of Maple Grove.

“You know, it’s nice to get out of the house and do something, get active, and you’ve gotta have something to do,” Lau said. “Otherwise you’re just going to waste away.”

Lau spent a recent afternoon checking on birdhouses near Eagle Lake. It’s just one of many projects he’s done for the park district since he started volunteering in 1988.

“That’s a short list of volunteers that just, I have a random project, who would be good on short notice, reliable, I can get along with, can just go out there and get it done,” said Angela Grill, a wildlife biologist with Three Rivers. “And that’s Gene.” 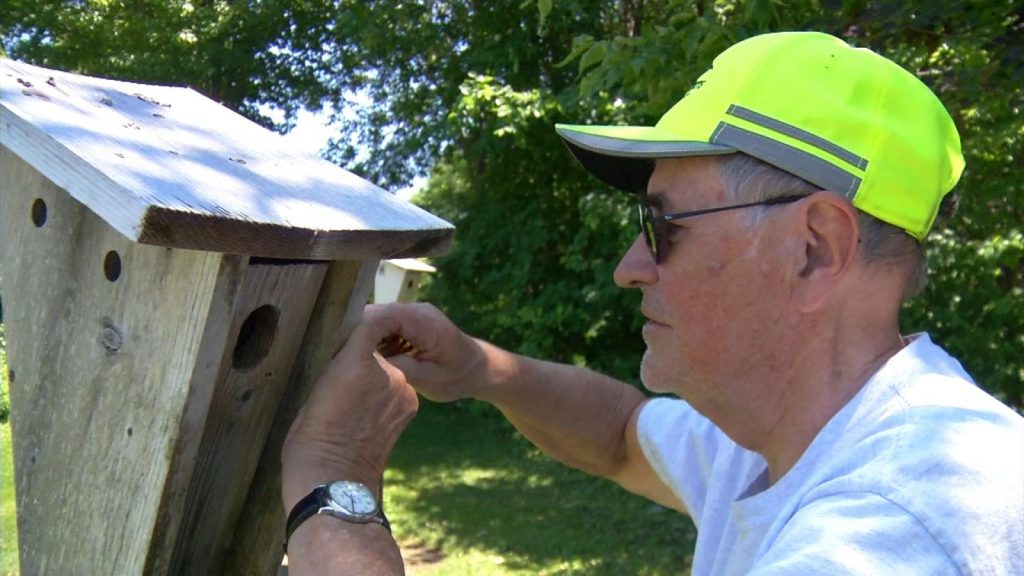 The praise for Lau’s efforts is well-deserved, especially considering that this month, Lau reached the unprecedented milestone of 10,000 volunteer hours.

“That wasn’t my goal, to accumulate hours. But it just, I was doing something I liked and my wife was happy with me being gone,” joked Lau.

All joking aside, Lau says that his love of nature, and his eagerness to share his knowledge with others, have made the entire experience worthwhile.

“Hopefully I’ve been able to reach people and teach them something,” Lau said. “That’s what I want to take out of this.”

“We want to go above and beyond and we’ve offered him a few little options of things he could do in the park district,” Grill said. “And one of those is to go up with one of our biologists to help with a deer count survey in the winter, so that is done by a helicopter.”

It’s a fitting tribute for this 78-year-old volunteer who soars above the rest and has no plans of stopping anytime soon.

Osseo Schools Impacted by Rising Diesel Prices:  The price at the pump for gas and diesel continues to… Read More
Dog-Friendly Brewery Pass Raises Money for Animal Humane Society:  Not only does a portion of every… Read More
Greenwood Elementary Students Prepare for First 5K Run:  At Greenwood Elementary in Plymouth, about 40… Read More
Lawmakers Still at Odds Over Public Safety Solutions:  With the legislative session winding down at… Read More
Maple Grove Family Desperately Seeks Baby Formula:  Many parents across the northwest metro are… Read More
Maple Grove Approves Business Park Construction:  Construction is expected to begin this fall on a… Read More