That’s a Wrap: I-94 Construction from Maple Grove to Rogers Complete

Drivers on Interstate Highway 94 through Maple Grove can now breathe a sigh of relief.

After two years of lane closures and detours, construction on I-94 from Maple Grove to Rogers is finally complete.

Friday afternoon, local and state dignitaries gathered in Dayton to celebrate the completion of this construction project.

“This is going to be a smoother, safer and better section of road because of all this work,” said Margaret Anderson Kelliher, commissioner of the Minnesota Department of Transportation.

The $127 million project includes nine miles of new pavement, a fourth lane going in each direction of I-94, and intersection improvements to some of the local roads connected to the freeway. 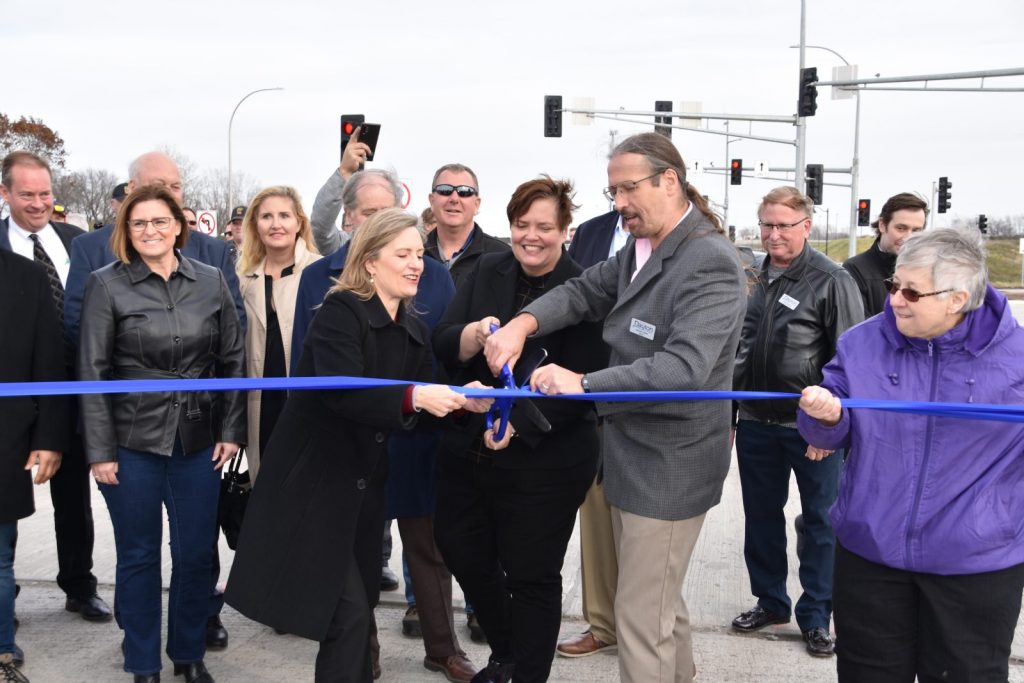 The project was completed on time and within budget. However, the state officials gathered in Dayton wanted to send a message to everyone to slow down through construction zones.

“We want to see people paying attention to the speed limits,” said Lt. Colonel Rochelle Schrofer of the Minnesota State Patrol. “Not just for the safety of yourself and the drivers around you, but really importantly for the number of those workers that are out there working on the roadways that have no protection around them. You know, they’re out there just in their construction uniform.”

There have been 12 fatalities in construction zones already this year, which is the most since 2003.

Meanwhile, state officials said there’s still a few finishing touches to be done on I-94, but drivers will notice an immediate improvement in traffic flow.