Hennepin County prosecutors have charged a suspect with shooting at police outside the Brooklyn Park Walmart. The incident happened just before noon Monday.

James Klein, 32, of Chaska, is charged with two counts of felony assault for use of deadly force against a peace offer. Klein is also charged with one count of being a felon in possession of a firearm. 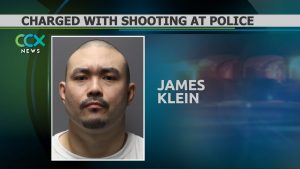 According to the criminal complaint, Brooklyn Park police initially responded to a report of a shoplifting call. Officers also had information that the suspect was purchasing a large amount of ammunition and was wearing a holster.

The Bureau of Criminal Apprehension, which is in charge of the investigation, identified two officers who discharged their weapons during the incident. Both are on standard administrative leave. They are:

BCA investigators recovered a handgun from near the spot where Klein fell to the ground. During a search of the injured suspect, officers found a “bandolero” style belt around Klein’s midsection that was holding numerous rounds of additional ammunition, the complaint said. 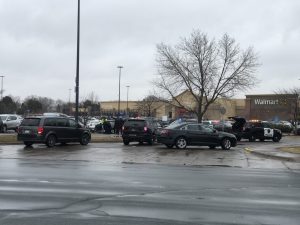 Court records show Klein has an extensive criminal history, including drugs, fleeing police in a previous incident, and counterfeiting of currency.