Minnesota Acts Now, a community group in Brooklyn Park that’s working to bring peace to the city, has now been victimized by the same gun violence it’s trying to prevent.

According to Brooklyn Park police, at around 6 p.m. on Sunday, Oct. 24, officers responded to shots fired at a gas station near 63rd and Zane Avenues.

Investigators say a man came out from behind one of the buildings and started firing at a group of people, including members of Minnesota Acts Now, and others who were making a video.

Police say that the shooter was firing his weapon randomly, so the intended target was unclear.

“We’re here to protect the safety of everybody that works, visits or plays in Brooklyn Park,” said Deputy Police Chief Mark Bruley of the Brooklyn Park Police Department. “So even though this community group that’s trying to help bring order to that community, we’re very concerned when we see actions like this, and we’re worried about their safety and we’re working with them to make sure that they are safe.” 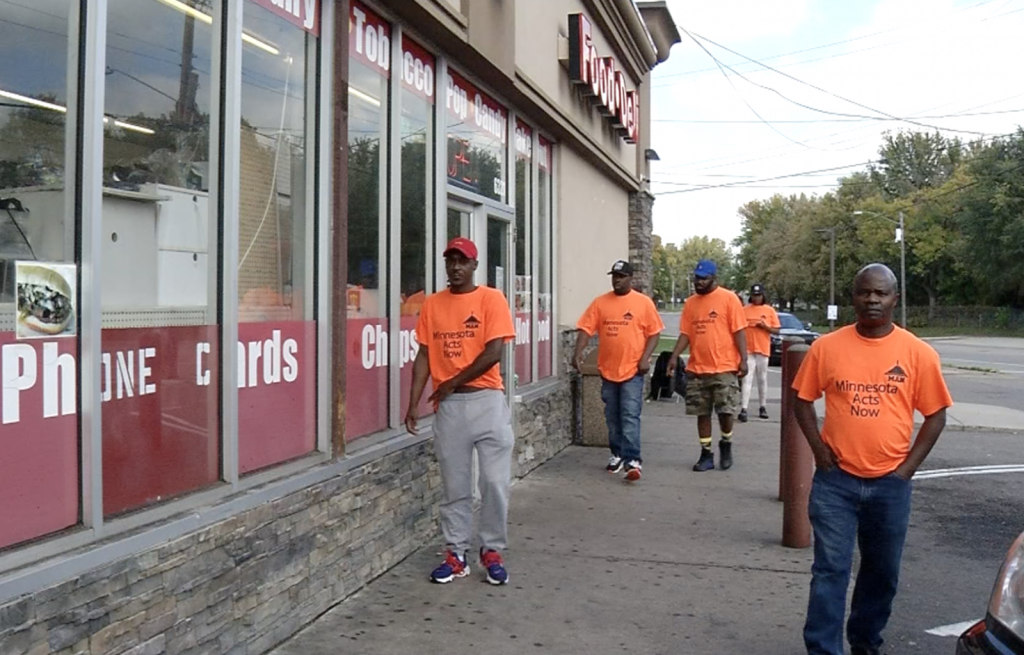 In this photo from Oct. 5, members of Minnesota Acts Now are seen patrolling the area of 63rd and Zane.

A vehicle belonging to a Minnesota Acts Now worker was struck five times and had to be towed away.

The shooter fled, but surveillance video captured the incident. Police say they now plan to step up patrols near 63rd and Zane.

“It’s been very quiet since Minnesota Acts Now has been down there connecting with people, but it’s heavy lifting type work,” Bruley said. “I mean this is an area that’s very challenged, had a lot of violent crime, has a lot of drug sales going on down there. And so there’s going to be people that are going to be unhappy with community members kind of taking back their street corner, and it’s work that we’re committed to with them right now.”

Police say there was another shooting in the parking lot of an LA Fitness near the 6600 block of 96th Lane North at 5 p.m. on Sunday.

Several vehicles were struck, but no injuries were reported.

Witnesses say the say the male shooter was wearing a mask, but his target was unclear. Investigators don’t believe the two shots-fired incidents Sunday are connected.