When officers arrived, they did not locate any victims. But officers did find evidence of gunshots in the parking lot to the east of Discount Tire.

One eyewitness said it happened quickly and heard the popping noise that he thought was gunfire. He said he first saw two men talking next to a dark sedan.

“I looked in my rearview mirror and I saw one guy standing firing kind over the car at the other guy who was running as fast as he could away,” said Rick, a witness who did not want to give his last name for safety reasons.

“It’s a scary thing to think that this happens right here out in public, broad daylight in what you think what should be a fairly safe area,” he said.

Brooklyn Center police Cmdr. Garett Flesland said police are trying to seek out other witnesses. He said investigators are also looking at other evidence and cameras in that area.

Flesland said police are checking with area hospitals to see if anyone was injured. They also continue to search for the shooter.

This is a developing story. CCX News will update as more information becomes available. 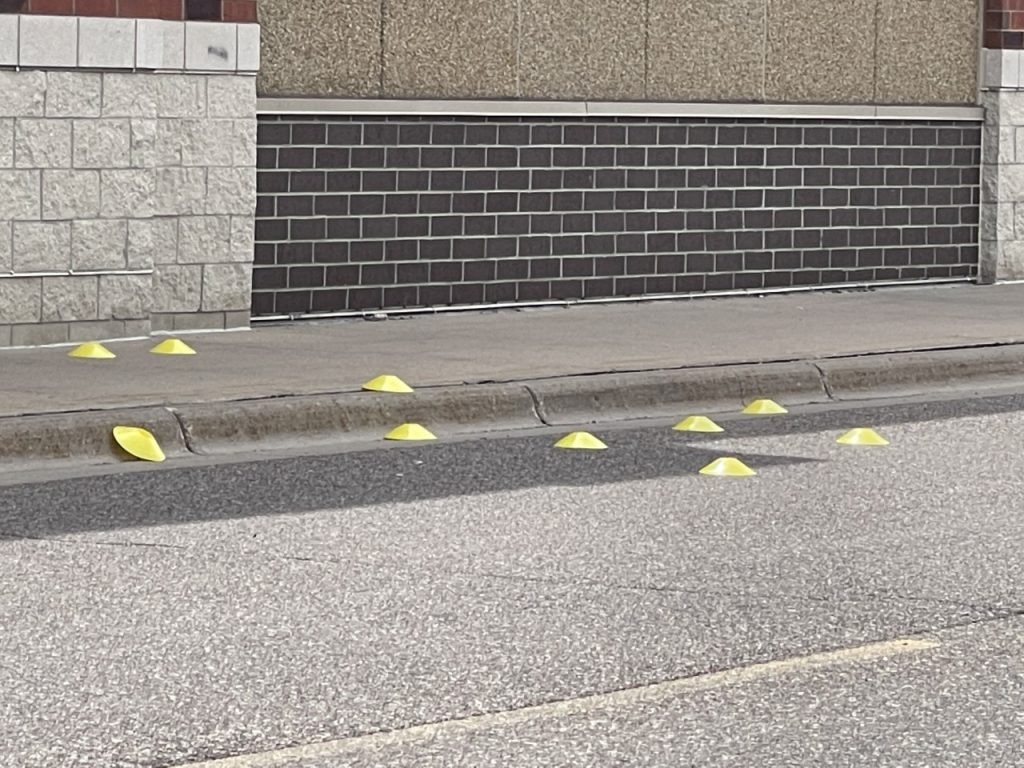