Community members in Brooklyn Center got a chance to meet the two candidates for police chief on Monday night. Some members, including the mother of Daunte Wright, were invited to ask questions. Others could join online. The two finalists are Kathy Hughes and Kellace McDaniel. 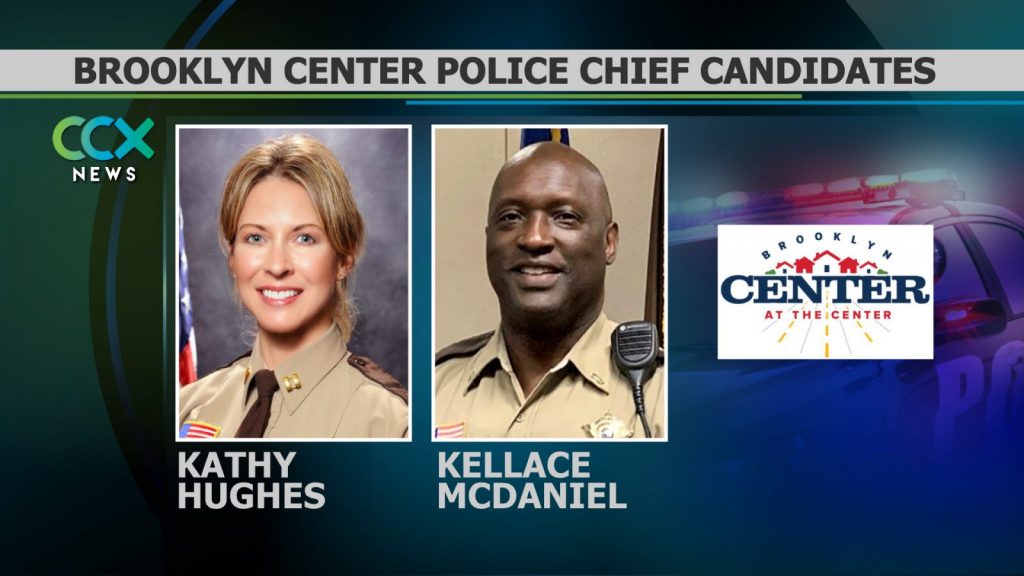 Below are some of the questions and answers from Monday evening’s meeting:

Question: “What does accountability look like within the police department? How as the leader are you going to call out officers and hold them accountable for their actions?”

Hughes: “I want to hear from those who have been victims of crime I want to know what their needs are and I want to be held accountable as police chief. I also take policy and accountability very seriously with my officers and I want to make sure we are all doing the right thing.”

McDaniel: “You can’t have a corrupt police department it’s just not going to work, the communities can see that and the minute you let some things like that go, you’ve lost your community.”

Hughes: “I think with any movement, unless you are educated on the movement it’s tough to speak as an expert, I believe Black Lives Matter has a voice, I think they have a strong voice that wants to be heard and I want to listen.”

Question: “As police chief, how would you feel if the recent surge in crime and violence in the city, given the current staffing inefficiencies in the Brooklyn Center Police Department?”

Question: “Do you believe that racism and prejudice is present in the police profession. If so, how do you fix it?”

Hughes: “When you have a good police chief and a good leader in law enforcement, they follow you. I am a very sound, ethical, person. I believe racism occurs everywhere, not just law enforcement, but it’s how it’s dealt with.”

McDaniel: “I’ve experienced it in my own sector, I won’t go into too many details on it, but obviously yes it does exist in the police force. And the tough thing about it is there’s not enough of us to support that. Something I would love to bring to Brooklyn Center is we do need people on the force that looks like me and like a lot of the people in this room. Diversity is key, it’s one of the reasons why I moved to Brooklyn Center.”

As to what happens next, a consulting firm is providing a report to City Manager Reggie Edwards so he can make the final decision. That decision could come by the end of the week.