There’s substantial change coming to the Robbinsdale City Council. Some of that change might be influenced by voters’ thoughts on the light rail project.

The proposed METRO Blue Line Extension light rail route would go down the middle of County Road 81 or Bottineau Boulevard in Robbinsdale. Council candidates have weighed in on the issue early and often.

Council member-elect Aaron Wagner says the proposed light rail route was one of the reasons why he purchased his Robbinsdale home and was one of the motivating factors prompting him to run.

“I certainly centered the Blue Line as part of my campaign when I talked with voters at the door and neighbors in the neighborhood. I made a point to bring it up because that’s why I wanted to run,” said Wagner.

Wagner defeated incumbent Robbinsdale City Council member Pat Backen in Ward 4 with 56 percent of 1,435 votes cast. Backen has been on the council since 2011 and expressed doubts about several aspects of the project and route.

Mia Parisian won in Ward 3 with 65 percent of 1,301 votes over David Robins. Council member George Selman did not run for re-election, after serving on the council since 2007. He has been very involved with the Blue Line light rail project and an outspoken critic of the proposed new route.

Parisian says light rail was a topic she heard a lot during the campaign.

“I believe the project is so far down the pipeline at this point that we really need to focus on the best way to make this project benefit our community in Robbinsdale,” said Parisian. “This project is happening, but my focus is going to be on maintaining safety and mobility especially in our station area in Robbinsdale.”

Ward 1 Council Seat Down to Regan Murphy or Raymond Blackledge 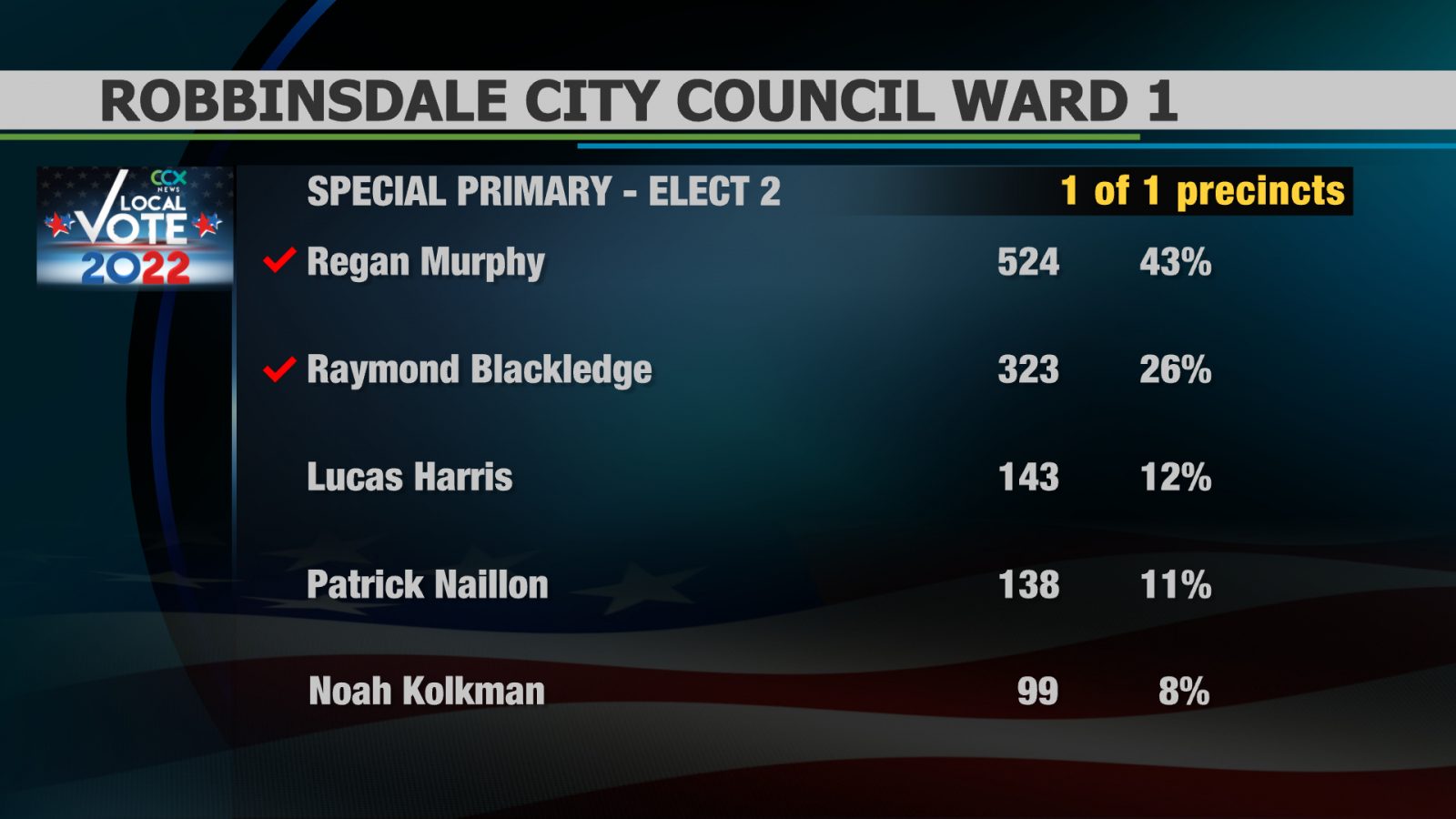 Voters in Robbinsdale’s Ward 1 also whittled down a special primary election from five candidates to two. The Ward 1 seat was vacated after Tyler Kline resigned following a drunken driving and fleeing police incident.

Former Mayor Regan Murphy had the most votes, with 42 percent of the 1,227 votes cast. Raymond Blackledge was the next highest vote-getter with 26 percent of the vote. Noah Kolkman, Patrick Naillon and Lucas Harris were also on the ballot.

The special election to fill the seat will be Feb. 14.