Three alleged incidents of students bringing guns inside Robbinsdale School District middle schools are resulting in changes in how incidents are handled.

At its Dec. 5 school board meeting, the district made changes to its weapons policy. And the board could make more changes in the future.

Among the changes made at the recent meeting, school building administrators will be required to report to law enforcement “as soon as practicable” any student who brings a firearm to school. That did not happen in recent incidents, including one instance at Sandburg Middle School in which Golden Valley police weren’t notified until about five days later. The lack of communication drew complaints from parents and an acknowledgement from the district’s superintendent.

“I know we need to improve how we respond to threats and allegations,” said Superintendent David Engstrom, in a statement last month.

School board members noted how the district’s policy was out of compliance with state law.

“Those minimal changes will put us in compliance,” said board member Sharon Brooks Green. “This does not stop us from expanding the suggestions that have come forth.”

Another change defines what a “dangerous weapon” is, something that hadn’t been put in the previous policy. The revised policy will also require district officials to report any weapons incident to the Minnesota Department of Education.

School board members say the changes were coming, but recent incidents made them a top priority.

“This was originally discussed on Oct. 5 of this past year, and due to some other circumstances within the district, it did not get brought forward as soon as we had anticipated,” said John Vento, Robbinsdale School Board member. “[It’s] very important we have this policy in place and address it, even though knowing in light of recent incidents in the district, there’s going to be more discussion around it.”

School Board Chair Helen Bassett agreed that the public safety discussion will continue.

“I have about 10 items that I think need to be discussed and reviewed to perhaps go into that policy,” said Bassett. 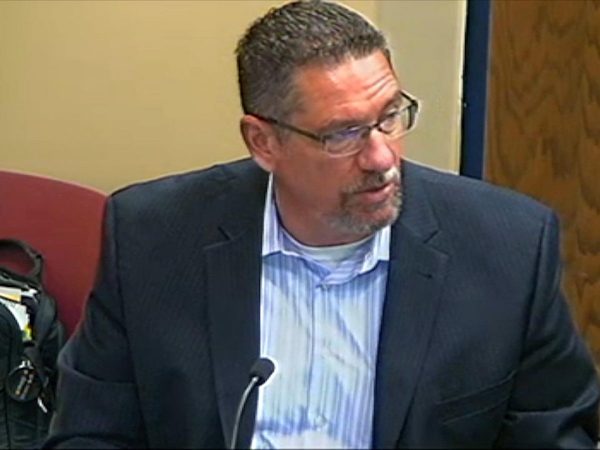 The following is the definition of a dangerous weapon, according to Robbinsdale’s revised weapons policy:

Dangerous weapon means any firearm, whether loaded or unloaded, or any device designed as a weapon and capable of producing death or great bodily harm, any combustible or flammable liquid or other device or instrumentality that, in the manner it is used or intended to be used, is calculated or likely to p roduce death or great bodily harm, or any fire that is used to produce death or great bodily harm. As used in this definition, “flammable liquid” means any liquid having a flash point below 100 degrees Fahrenheit and having a vapor pressure not exceeding 40 pounds per square inch (absolute) at 100 degrees Fahrenheit but does not include intoxicating liquor. As used in this subdivision, “combustible liquid” is a liquid having a flash point at or above 100 degrees Fahrenheit.