The city of Robbinsdale continues to assess plans for the possible Bottineau Blue Line light-rail extension. Trains are currently planned to go through the middle of County Road 81, which some city officials worried “would cut the city in half.” Transit planners proposed the new alignment after the Metropolitan Council could not reach an agreement with BNSF Railway to share the freight corridor with light rail cars.

At Tuesday’s city council meeting, the public got to see concept plans on what the project could like. Photos showed the possibility for either street-level trains or an elevated railway. Robbinsdale City Manager Marcia Glick said the project would likely cut into parking on at least one of the city’s two strip malls along 81, most likely at Robin Center to the east.

Glick also said the new alignment is not a done deal.

Glick mentioned redevelopment possibilities that could happen if the project gets the green light. She said developers have looked at the U.S. Bank branch building next to the Robbinsdale Town Center strip mall, west of 81.

The Robbinsdale city manager also said redevelopment could happen at both the Town Center and Robin Center strip malls with a possible skyway connecting the two. No definite plans have been brought forth to the city. 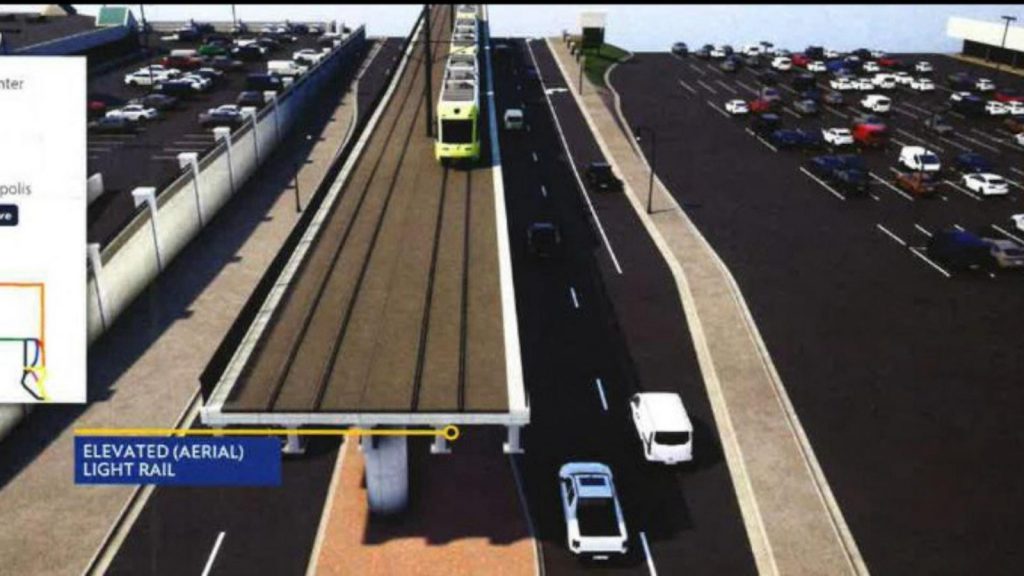