In the first Robbinsdale City Council meeting of the year, the council recognized retired band director Mike Serber for his 30 years of service directing the Robbinsdale City Band and his 52 years of involvement with the band.

“I’ve very mixed feelings about this decision,” said Serber when speaking to the council. “RCB has been in my blood for almost my entire life.”

Serber directed a performance in December that was his last. See that story here.

Council members remarked on how well Serber has led the band for the past decades.

“I was a little bit flabbergasted,” said council member George Selman. “I found it hard to imagine the city band without you.”

Council member Pat Backen said you could see how much Serber cared about the band.

“It was clear that you really cared about the band and the community,” said Backen.

Serber did help find someone to replace him as director of the Robbinsdale City Band, and his name is Ray Johanneck.

Johanneck said in a previous interview with CCX News that one of his goals is to recruit younger members to the band. 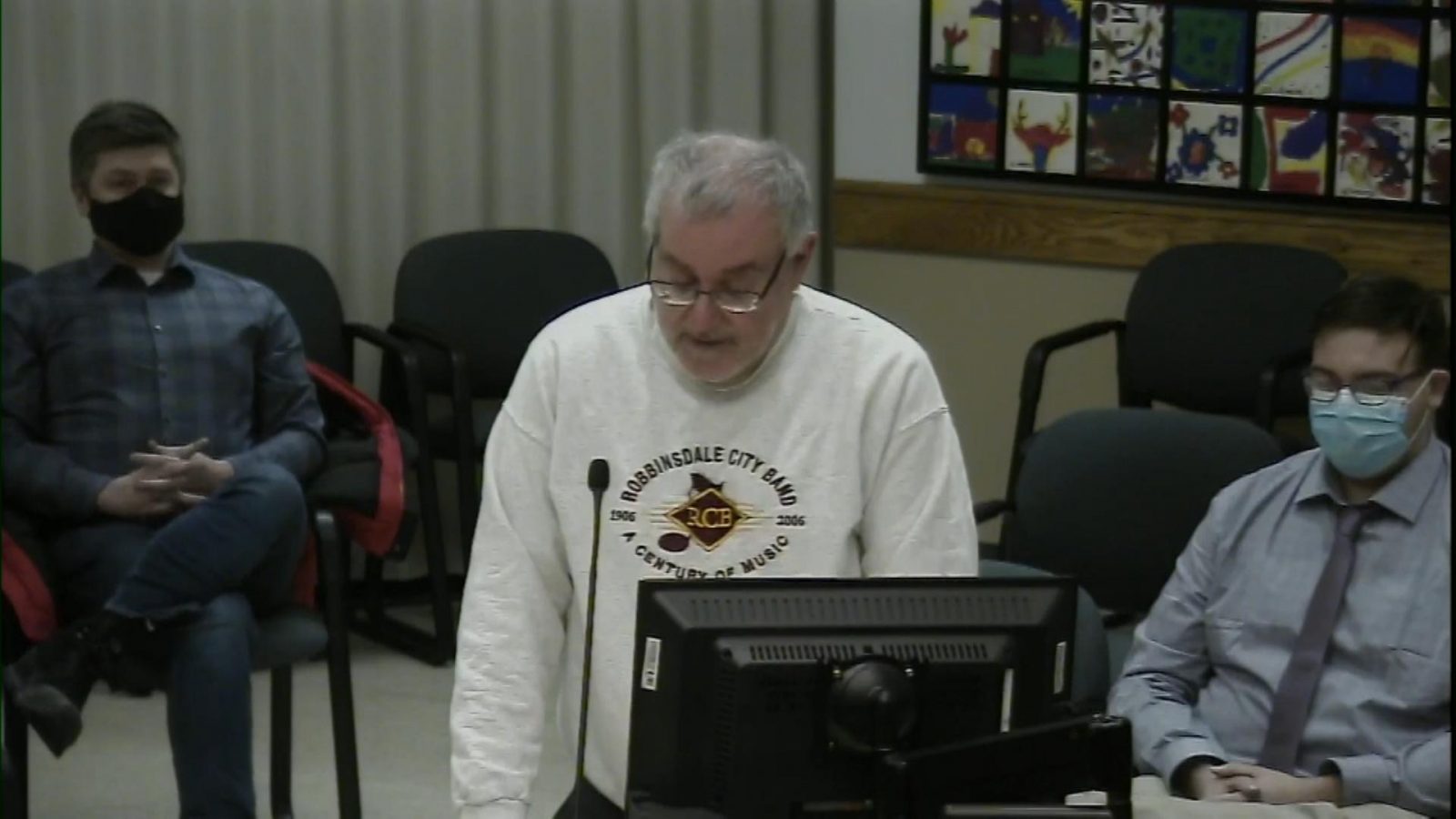