Some people search their whole lives to find their true calling. But for Plymouth Police Chief and Public Safety Director Mike Goldstein, it didn’t take long to discover that law enforcement was in his blood.

“Ever since I was a kid, you know, that’s what I wanted to do,” Goldstein said. “I was drawn to the TV shows and playing cops and robbers as a kid, and just enamored in the whole process of it.”

At the age of 17, Goldstein joined Plymouth’s Police Explorer Program while he was a senior at Armstrong High School. 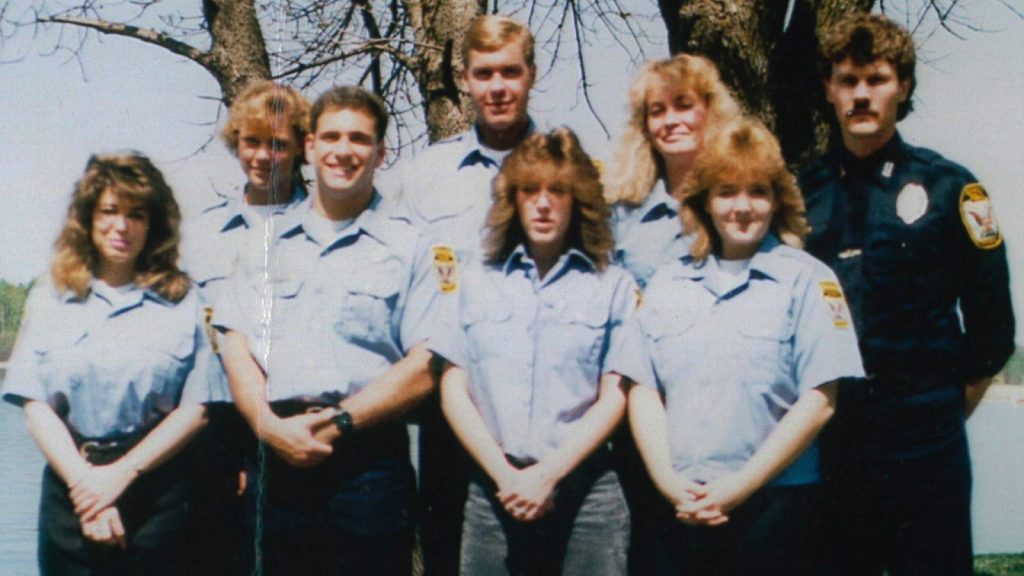 In 1990, he became a full-fledged officer for the department. In the ensuing years, he worked his way through the ranks and was named chief in 2004.

During his tenure as Plymouth’s top cop, he added a number of major accomplishments on his resume.

He helped work with state lawmakers to get cable median barriers installed on Highway 169 and I-494, which helped to prevent head-on collisions.

He put a greater emphasis on training, with the officers in the department receiving an average of 130 hours of continuing education each year.

And he’s also put in a comprehensive health and wellness program for the public safety team.

“Broken cops equal broken services,” he said. “So we need them to be operating on all cylinders, well, so that they can treat the community well.”

Meanwhile, during those 31 years, Goldstein has also seen a number of changes — aside from the hair on his head.

“I’m not getting any younger,” he said.

A changing city and profession

Goldstein has seen changes within the city of Plymouth.

“We have a more diverse community,” Goldstein said. “We have a community that is, you know, with high expectations of quality service.”

And he’s seen changes within the law enforcement profession itself.

“What we could do when I first started in 1990 as a police officer, some of those things we can’t do today,” he said. “And not that they were unethical or illegal or immoral, it was just different standards, different expectations.”

“When I look at what’s happening across our country today, it’s shameful,” Goldstein said. “And why didn’t we address this 30 years ago, 40 years ago, 50 years ago and more?”

As Plymouth has become more diverse, he says the department has stepped up efforts toward community outreach to help build trust.

“I’m encouraged that more work will get done because it is now seated in the front seat. It now has a priority placed upon it,” he said. “And unfortunately, it took some very awful things to happen for that to occur.”

The job of leading the Plymouth Police Department into the future will now fall upon Deputy Chief Erik Fadden. Between now and Jan. 29, Goldstein will work to ensure there’s a smooth a transition as possible before he takes some well-deserved time off.

“There comes a time when you need new blood,” Goldstein said. “And so we’ve done a lot of amazing things. We have a great team here that I’m very, very proud of. But it’s just time for a change.”

As for what’s next, Goldstein says he plans to take an extended vacation before he starts his next chapter, which involves helping organizations develop programs around health and wellness. He’s also working with a local private company to provide assistance with security work.

On Monday, the Plymouth Crime and Fire Prevention Fund announced it will establish a fund in Goldstein’s honor, starting with a $1,000 contribution. Goldstein started a health and wellness program to keep first responders mentally and physically fit.

The president of the Plymouth Crime and Fire Prevention Fund, Jackie Hogshire, says the new fund is a way to honor Goldstein’s legacy, and continue building on what he has established. Community members can make a tax- deductible donation to the Fund here. 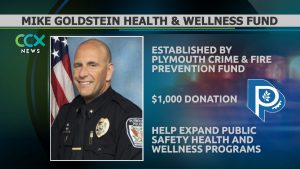