This week, a court panel released the newly drawn congressional and legislative maps that will be in place for the next decade.

Since 2007, DFL Senator Ron Latz has represented Senate District 46. Sections of Plymouth and Golden Valley make up that district. Now, voters in those areas will have to get used to seeing a new name on their ballot during this next election cycle.

“People get used to the idea of saying, ‘Gosh, if I have a problem, I get to call a particular senator or a particular House member,'” said Hamline Political Science Professor David Schultz. “And to now suddenly say that’s no longer my person — especially if maybe now it’s somebody who’s of a different political party, or of a different, let’s say, ideology — I think that’s kind of surprising. Or for many people, shocking.”

But in the newly drawn maps released this week, the district represented by Senator Latz loses Golden Valley, Plymouth and Medicine Lake, and gains a big section of Edina. 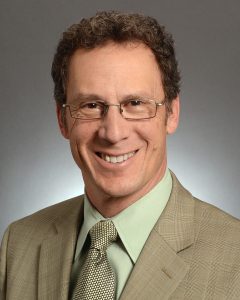 The new map could shape how things look at the state Capitol next year, because Senator Latz will now be in the same district as DFL Senate Minority Leader Melisa Franzen.

Schultz says both lawmakers will have some important decisions to make in the coming days.

“Do the two of them agree and say well, I will run, you’re not gonna run? Do they both decide to run against one another? Does one person decide to say, well, I’m gonna go move now into another district or something like that? All these become possibilities and we’ve seen that in the past,” said Schultz.

CCX News contacted Senator Latz today to see if he would be willing to comment on the newly drawn district lines. He told us to reach out to him again next week.