The Brooklyn Park City Council has approved plans by Rasmussen University for a new two-story, 41,000-square-foot building north of Highway 610, near Vera Cruz Lane. The vote at the council’s April 26 meeting was unanimous.

Rasmussen University will build the new facility near the recently approved Twin Cities Orthopedics building and a future Raising Cane’s restaurant that is a part of the 610 Crossings development, north of the 610 off-ramp and south of 96th Avenue North.

The new building will have classrooms and labs for Rasmussen’s nursing and medical programs. It will be 13,000 square feet larger than Rasmussen’s current Brooklyn Park campus, which will eventually close. Construction on the new building is expected to start in late June or early July.

“I’m excited for providing more access to local higher education and training,” said Brooklyn Park City Council member Susan Pha in voting for the project. “I think it will open up a lot opportunities for people.” 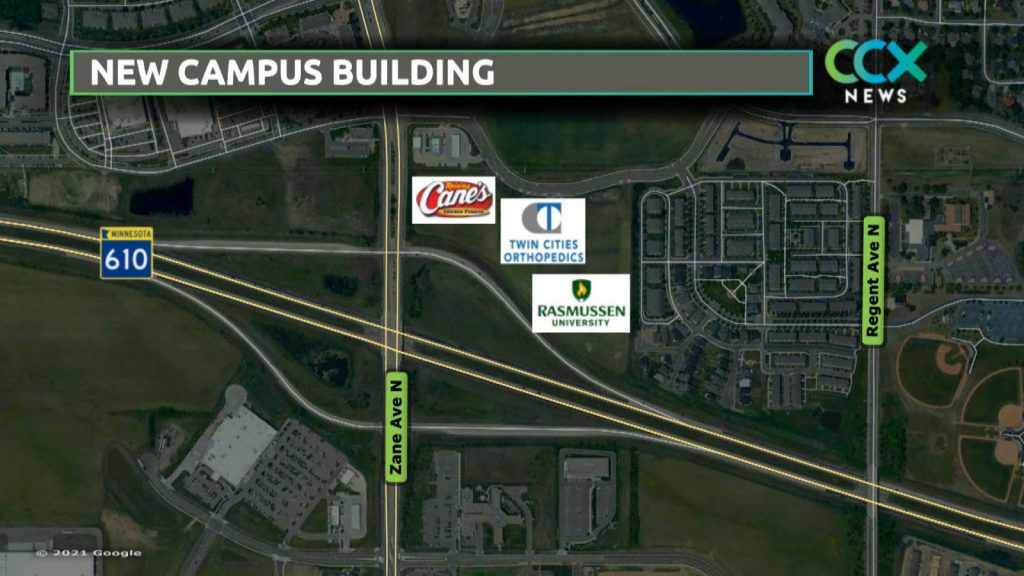 A school representative at the recent Brooklyn Park Planning Commission meeting said the school is planning for growth, with the building eventually supporting enrollments of 800 to 1,000 students. However, around 125 students plus approximately 20 staff and 40 faculty would be in the building at any one time. The operating hours would be Monday through Saturday, from 8 a.m. to 9 p.m. Peak hours would be Monday through Friday, 9 a.m. to noon and 2 p.m. to 6 p.m.

Rasmussen is a private, for-profit university headquartered in Bloomington. Degree programs at the Brooklyn Park facility will include:

The developer is the Opus Group.