Plymouth Police are releasing information about a possible attempted child abduction from July 7.

A release says officers were called to respond to what was reported as a suspicious act or possible attempted abduction before midnight on Wednesday, July 7, in the 16000 block of 41st Avenue. Police say the possible abductor picked up the child and ran a short distance before dropping the child and running away. The report says the child was reunited with family before the 911 call.

Witnesses described the suspect as a white male in his 20s, about 5 ft. 10 in. to 6 ft. tall with a medium-to-slender build. Police say witnesses recall he was wearing a dark-colored baseball hat, black sweatshirt/hoodie and dark-colored pants.

Police say it has taken time and resources for investigators to identify witnesses who were able to provide a physical description of the suspect and other details to further the investigation and determine if it was a possible attempted abduction.

The case is under investigation and if residents observed the incident, they are encouraged to call Sgt. Jeff Dorfsman at 763-509-5669. 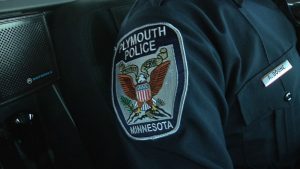