Plymouth police are investigating an armed carjacking that happened Wednesday night in the Target parking lot.

Police say an 18-year-old woman was confronted by two men at 9:49 p.m. Wednesday. Each of the men had handguns. They stole the women’s vehicle, fleeing from the area at a high rate of speed.

Target employees quickly called 911. Officers then pursued the stolen vehicle on Highway 55 into Minneapolis, but decided to spot the chase for public safety reasons. The vehicle was later found unoccupied in north Minneapolis.

“These types of crimes are unusual for Plymouth, but it is a good reminder that crime can happen anywhere and it’s important to be aware of your surroundings,” said Public Safety Director Erik Fadden in a statement to CCX News.

No arrests have been made in the case. No one was injured during the incident.

Plymouth police offer these tips to help protect from becoming a victim:

Anyone with information about the incident is encouraged to contact the Plymouth Police Department tip line at 763-509-5177. 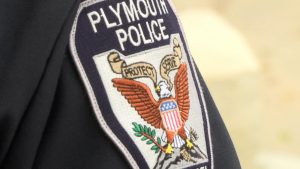