“Baseball goes from generation to generation,” Weinzetl said. “And try what they will to screw it up, it has its appeal.”

He is also a collector of memorabilia.

And, he’s a historian of our national pastime. Especially when it comes to the amateur team from his hometown of Fairfax, Minnesota.

“Fairfax was a dominant team in the ‘western Minny’ back in the 30s and 40s,” Weinzetl said. “Won the state championship in 1942.”

It was in that small town where Weinzetl opened the Fairfax Cardinals Baseball Museum in a building originally built to be a ticket booth.

“Everybody has the same response — ‘that little thing,’” Weinzetl said, pointing to a photo of the small venue. “Until they get inside. It’s special.”

In that museum, Weinzetl showcased a vast collection of autographed baseballs, featuring some of the game’s biggest legends. 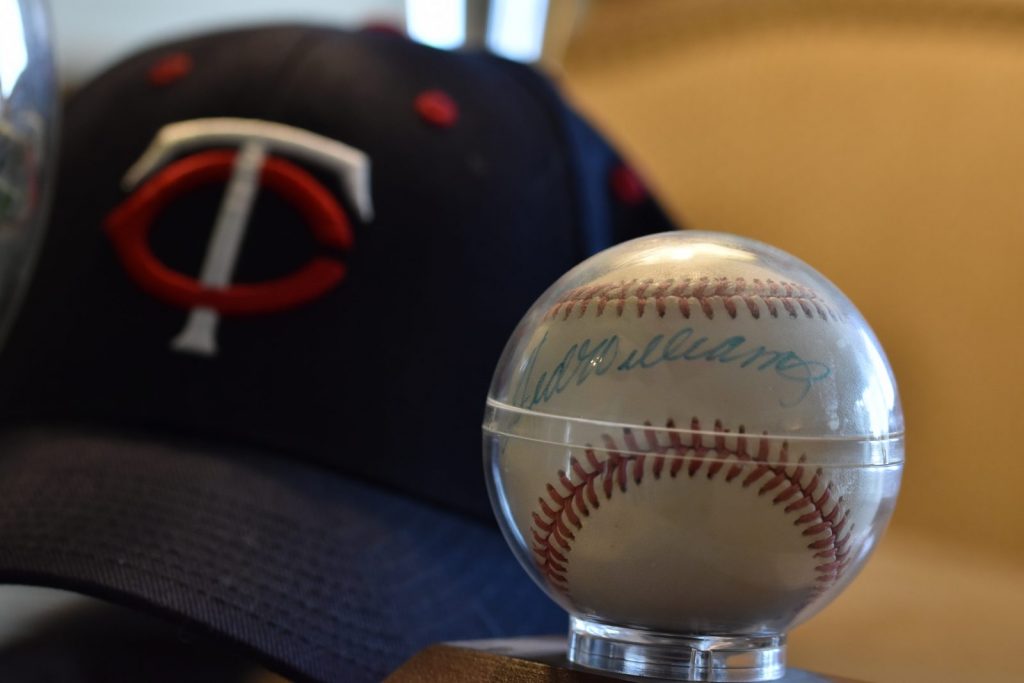 An autographed Ted Williams baseball that Weinzetl kept in the Fairfax Baseball Museum.

With winter coming, he thought it was time to pack up those precious mementos and bring them back to his Plymouth home.

Weinzetl left them sitting in his SUV, which was stolen right out of his driveway Sunday evening.

“Breaks my heart, and you can’t recreate it,” Weinzetl said. “I can’t go and find all those balls. There’s no money that will replace it.”

Plymouth police say there’s been an increase in motor vehicle thefts since 2020, with the city averaging about 80 over the last two years.

“This year is on track to be less than the past two years,” said Plymouth Police Chief Erik Fadden.

But for Weinzetl, it’s not the car, but the loss of the memorabilia that upsets him most.

“So if there’s a message, to the people, anybody who watches this — the things that are valuable to you, your personal possessions and your loved ones, hold them close,” Weinzetl said.

Related: Plymouth Police Along For the Ride: Vehicle Theft