A crime prevention nonprofit called Minnesota Acts Now updated the Brooklyn Park City Council on its work over the past year in the city. The group has a visible presence in areas like 63rd and Zane avenues.

Harding Smith says the group wears bright orange shirts because “we want our people to be seen.”

Smith says the group acts as the eyes and ears of public safety and fills out observation reports at the end of each shift.

“People kill people over the littlest of things these days,” said Smith, the founder of Minnesota Acts Now. “We see something, we report it to police in real time.” 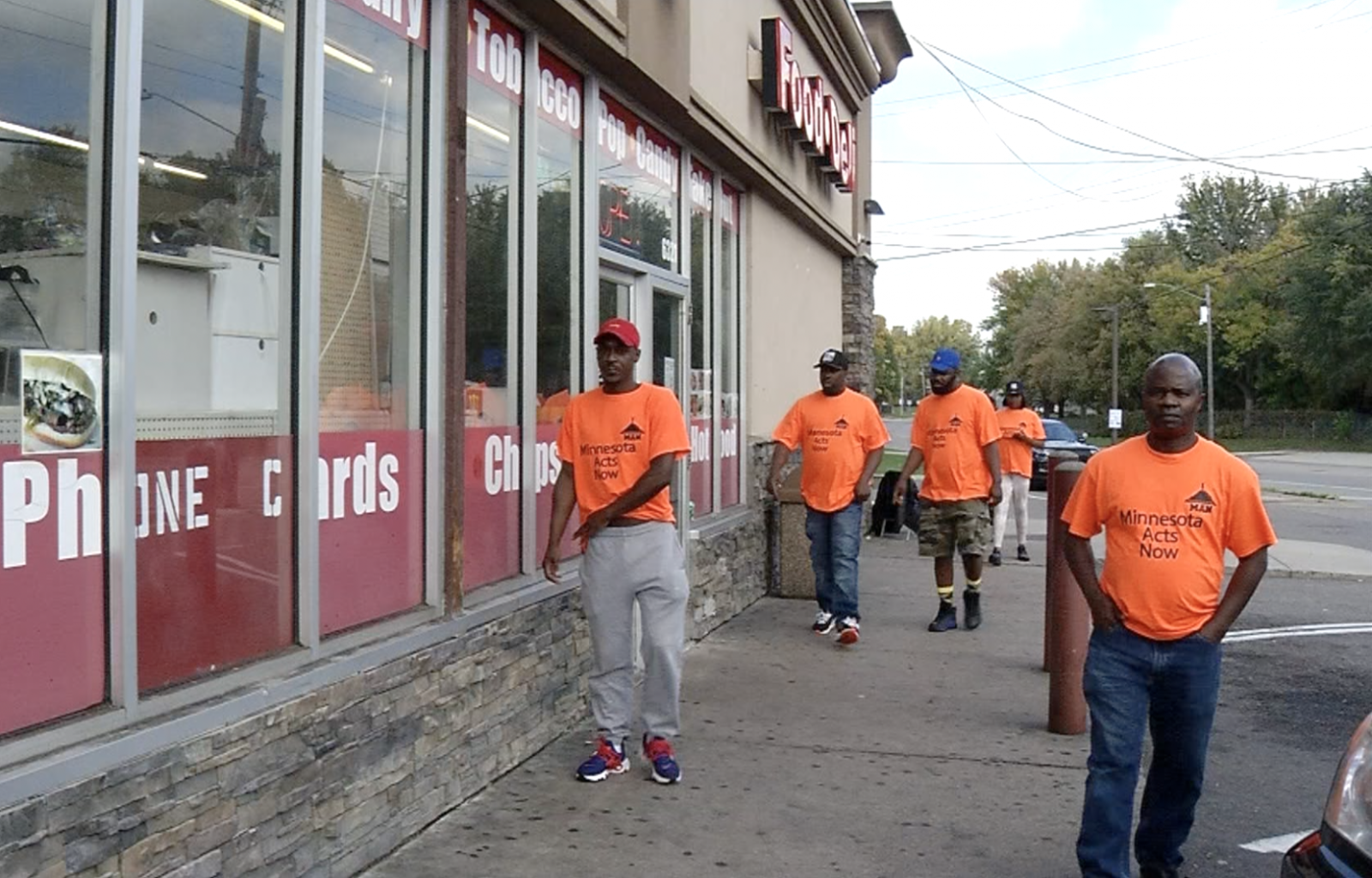 The crime prevention group Minnesota Acts Now has been contracted by the city since last summer to be a presence at 63rd and Zane avenues.

Smith says it hasn’t been an easy year for people working for the effort.

“It is by the grace of God that we haven’t been killed,” said Smith. “We’ve been shot at. We’ve been threatened with knives. I have people follow me every home at night. You don’t know what we go through every day.”

A resident named Jackson George spoke about the decrease in crime and that prompted him to purchase the liquor store in the area.

“The only reason we purchased the store is because of Minnesota Acts Now and the reduced crime rate in the area,” said George, who says before that he wouldn’t have even stopped to buy gas in the area. “Now I’m there every night. I close the store and there’s totally a change in the area.”

While council members agreed that businesses and residents have reported improved conditions at the troubled intersection, there’s still more to improve.

“We’ve got still more to do,” said Brooklyn Park Mayor Lisa Jacobson. “I’ve been over to talk to business owners and employees at 63rd and Zane who do echo exactly what you, Mr. George, are stating in that they see the difference.”