Osseo’s Central Avenue is one step closer to receiving some significant upgrades.

The plan calls for street reconstruction in front of Osseo City Hall between 4th and 5th Street. Crews would remove the bricks on the road, sidewalk and boulevard and replace it with concrete pavement. 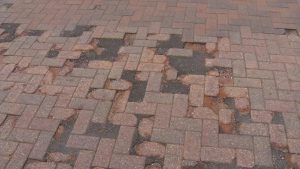 Osseo will replace brick pavers on Central Avenue with concrete.

One block north of that area, crews would replace the bricks on the sidewalk and boulevard with concrete pavement from 6th street to 93rd Avenue, and make other improvements to the landscaping in that area.

The estimated cost of the reconstruction is more than $404,583. The city hopes to get a grant from Hennepin County to help pay for part of the project.