Calling the eventual change “bittersweet,” current Osseo Superintendent Cory McIntyre will be officially be the new superintendent of Anoka-Hennepin Schools.

McIntyre told CCX News that his contract has been approved, but says leaving Osseo won’t be easy.

“I’m very happy here in Osseo. That was probably the one opportunity caught my attention just because of my time there and my wonderful time I had growing as a leader in that district,” said McIntyre. 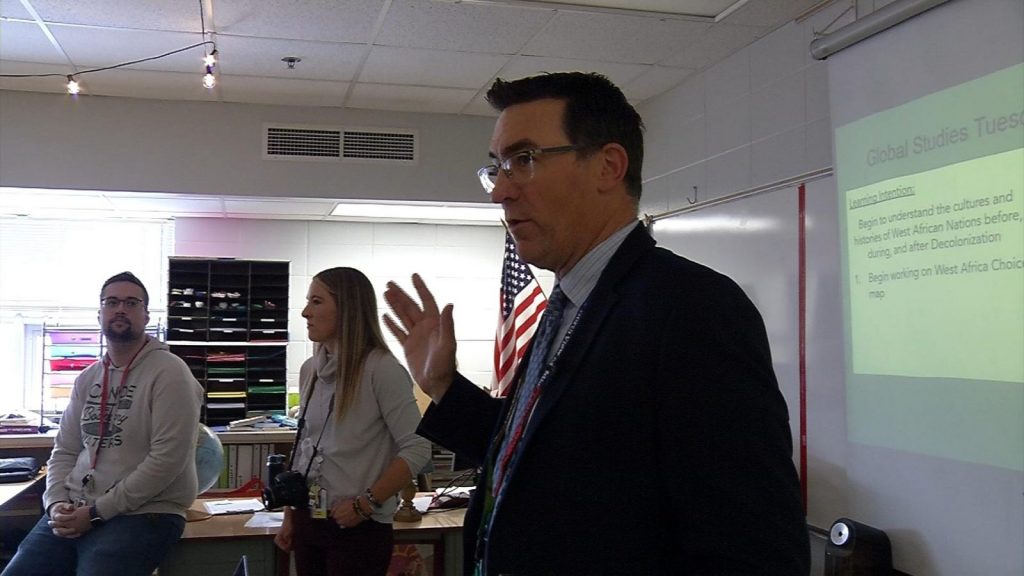 However, his work for Osseo schools isn’t done.

Like other districts, there are significant challenges, including helping students move past a long pandemic. There’s also inflationary pressures. CCX News asked McIntyre about the possibility of more education funding when the legislature convenes in January.

“What we’ve seen the last few years is the cost of doing business, kind of like in any business has gone up, and state funding has remained relatively flat,” he said. “So if we continue to get 2 percent a year, but because of inflation we’re spending 3 percent or more, that’s not sustainable.”

McIntyre says staffing shortages also continue to cause challenges. It’s another reason why he hopes the legislature will increase funding to allow districts to increase incentives to attract more people to teaching and other school-related roles.

While student reading and math scores have suffered following the pandemic, he believes that will turn around.

“I expect us to see improvements as we begin to measure over time. We have state assessments that are very much lagging indicators,” he said.

Public safety is another ongoing issue facing schools. McIntyre says he meets monthly with local police, including Brooklyn Park and Maple Grove, to address potential safety challenges. Schools across the state, including in the northwest suburbs, have experienced recent social media threats and gun incidents in schools.

“Schools are still one of the safest places to be, for any us honestly,” McIntyre assured parents.

He added, “We know when [students] are involved and participate in a number of things and they have focus, and feel a part of something bigger than themselves, that is one of the best violence prevention efforts we can have.”