Osseo approved a new policy that will allow police officers to wear body cameras. The council approved the new policy at its July 27 council meeting. 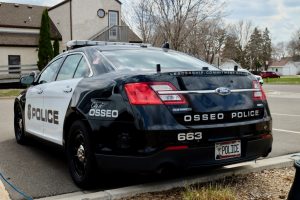 Osseo police are in the process of getting an technology upgrade for video to be captured on their squad cars. The body camera video will integrate with the squad car video and be simple to use and share.

Other departments like Plymouth and Crystal have already implemented body cameras for officers.

Chief Shane Mikkelson says the body cameras have been ordered and should be in at the end of August.