At the end of a long week, sometimes you just need a cold one to wind down. That’s what brought Andrea Beatt of Golden Valley into Robbinsdale’s Nouvelle Brewing on a recent Friday.

“I got the ‘Shots and Goggles,'” Beatt said, referring to the brewery’s fruited cream IPA with pineapple. “It is sweet, and a little bit light too. It’s good.”

The Twin Cities metro has dozens of breweries, including Wicked Wort, which is just a block away from Nouvelle. But after only being open for two weeks, Beatt has already made Nouvelle Brewing a go-to spot.

There’s a reason why she keeps coming back for more.

“What sets us apart is the amount of choices that anybody can have when they come here,” said Nate Moser, Nouvelle’s chef and general manager.

Nouvelle Brewing has 24 beers on tap that are all brewed in house by their head brewer, Andy Goettsch.

“We’re selling a lot more flights, which is great,” Moser said. “People are coming here to try lots of different beers at once.” 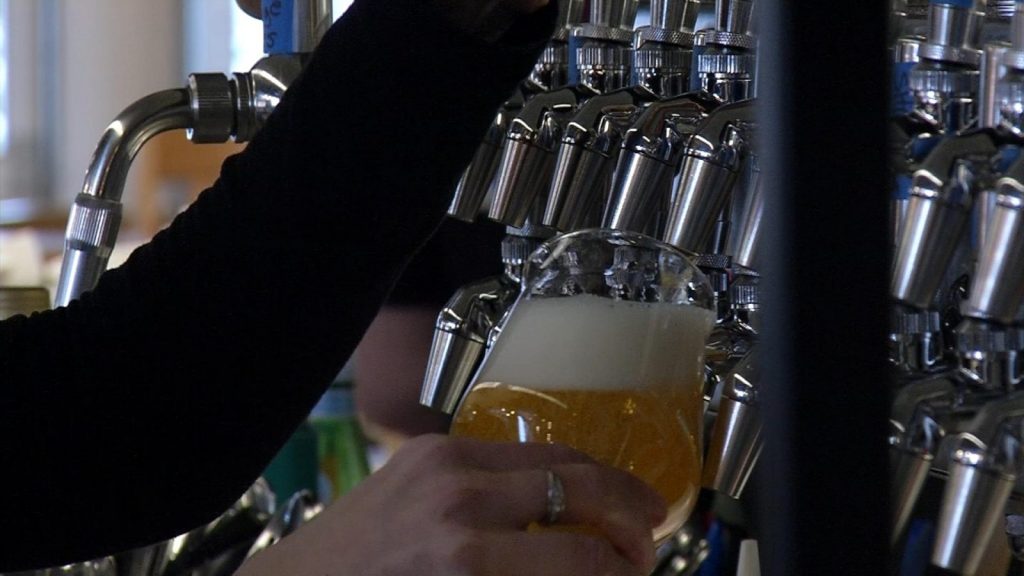 While the beer is certainly a big draw, people are also coming here for the food.

“They consistently always have food when you come,” Beatt said. “I don’t like going to a brewery and they’re like, ‘food truck’s just shut down.’ Well, now I’m drinking beer with no food. So I like, you can always have food that’s amazing.”

Staff members describe the food here as “new American cuisine,” with flavors inspired from everywhere around the world.

“It’s kind of whatever I want to do,” Moser said, referring to the food menu. “We’re focusing on having a couple cold things, burgers, a couple pizzas, and like some sizzle dishes; so like a prime rib, roasted chicken, and pork belly curry as well. Those are some big ones.”

Dessert fans also have some tasty options to satisfy their sweet tooth, with items like the brownie croissant and the chocolate hazelnut crème puff.

“Gotta try the pastries,” Moser said. “My wife is a pastry chef and she does some amazing work.”

Fans of the restaurant that used to occupy this space, Pig Ate My Pizza, were sad to see it go. But if the first couple weeks are any indication, Nouvelle Brewing will be a Robbinsdale staple for years to come.

“We’ve been filling up about 5:00 every night, doing some takeout, it’s been good,” Moser said.