Plymouth firefighters say they were in “defense mode” as soon as they showed up to a large house fire on Wednesday night.

The fire broke out shortly before 11 p.m. Wednesday at the home along West Medicine Lake Drive. Firefighters had difficulty accessing the home, which was positioned on a hill near the lake.

“The first arriving trucks had to figure out how to reach the house given its position to the lake,” said Plymouth Fire Chief Rodger Coppa.

Firefighters also had to act quickly. There was concern the fire could spread to neighboring homes.

“Our priorities quickly turned to the neighbors’ houses or anything else to prevent it from spreading,” said Coppa.

The home was fully engulfed as crews arrived. The structure’s steel roof prevented the flames from going higher than they already were.

Coppa tells CCX News that the homeowner tried to put the fire out in the front entryway, but quickly realized the fire was a lot larger than she thought it was. The woman made it out safely, but was treated for a burn to her hand. No one else was injured in the fire.

The home itself was badly damaged and no longer livable. Fortunately, firefighters were able to prevent damage to neighboring homes. The Plymouth house fire was large enough that it required eight other fire departments in addition to the Plymouth Fire Department.

Coppa says firefighters had to battle the blaze from two fronts. They had to combat flames at the front of the house and in the back given the home’s position on the lake. A large amount of contents inside the house also made putting out the fire difficult, Coppa said.

The cause of the fire is unknown and an investigation is underway. 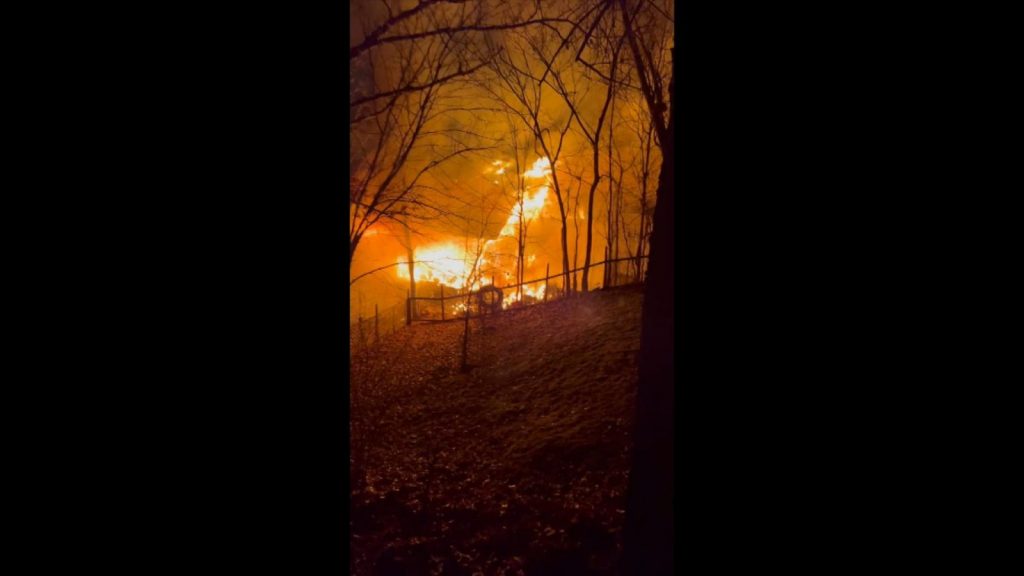