Eleven percent of all Brooklyn Park residents have a disability, whether it’s a visible or invisible one. As the Americans with Disabilities Act turns 31 years old, Brooklyn Park reflects on the accessibility changes they’ve made in the city and the work that still needs to be done in order to be accessible for all.

“The city has been doing a lot in reference to two big projects,” said Josie Shardlow, Brooklyn Park’s community engagement manager and ADA coordinator. “One is around our parks and facilities. We’ve been assessing them to see how accessible they are. We want to be in compliance with the ADA, but also go beyond to make sure things are actually accessible to folks.”

The city has also be assessing programs, services and events.

Shardlow says the city wants to hear feedback from people. 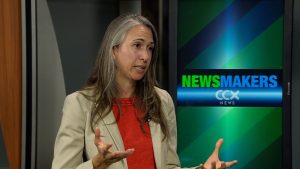 “Acutally we don’t hear that much from people. I would love to hear more, even if it’s just suggestions, feedback, what we should do more of, or what’s working and what’s not,” said Shardlow.

The city will be holding an event on July 22 to engage the public on what more they can do.

“It’s a disability summit and it’s the first time we’ve ever done this in Brooklyn Park,” said Shardlow. “We’re really excited about it.”

Shadlow says the city hopes to convene not only all of their residents with disabilities, but their loved ones, caretakers and allies. The event will be part celebration of how far the city has come since the ADA was implemented and part tough conversations about what needs to happen next as far as accessibility and inclusion.

People can join over the Zoom platform or attend the event in person at the Community Activity Center.  To learn more, or to register, click here.