New Ordinance Would Give Census Workers Access to Apartment Buildings

An ordinance change making its way through various city councils like Brooklyn Park and Brooklyn Center would require apartment managers to work with census employees to gain access to buildings. Previously the managers could bar workers from entering buildings. 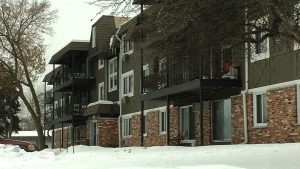 Local cities face a big challenge documenting underrepresented populations in the 2020 census. In cities like Brooklyn Park and Brooklyn Center, about a quarter of their populations are foreign born. The rest of Minnesota only measures up to about 8 percent foreign born.

Why is the census important? At stake is a decade of funding, which is why cities want the count to be as accurate as possible.

One way local cities would like to obtain an accurate count is by changing an ordinance that would allow census takers to have access to multifamily apartment buildings. People living in apartment buildings are historically underrepresented in the census and also less likely to respond.

Currently, property owners can bar census workers from entering their property. Under the proposed change, managers would have to work with census employees to provide access. Census employees would follow up in person with residents who do not respond after five mailed reminders.

“I am strongly in favor of this because I think it helps on both sides,” said Tonja West-Hafner, a city council member in Brooklyn Park. “It protects the people, but it also gets the good count we need for the census. Because the more people who have access to getting the count done, the better off we are.”

Census workers would not have their run of the property, but instead would work with managers to gain access at appointed times. Census workers would have to show credentials and work during standard operational hours. To view the full points discussed in Brooklyn Park, click here.

Brooklyn Center also passed a similar ordinance this week. To listen to their discussion, click here.

New Hope is expected to take up the issue in March. Plymouth and Edina have already passed similar ordinances granting access.