There are growing concerns in Maple Grove over vandalism at Boundary Creek Park in the northwest part of the city. That area is where a cricket pitch is under construction, the first of its kind in the city.

“Unfortunately, we have some folks that don’t support this idea so they’ve resorted to vandalism. It’s nothing terribly serious right now, but it’s been elevating,” said Chuck Stifter, director of Parks and Recreation in Maple Grove. “The concern is that it’s grown. They damaged the gravel first, then they damaged the turf. What’s next? So, we have to take action.”

On Thursday, Maple Grove Police installed security cameras at the property to try to catch the vandals in the act. 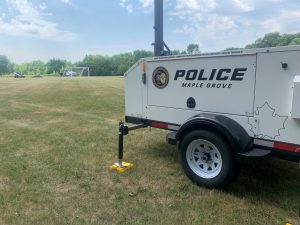 When the city council approved adding the cricket pitch in February 2019, neighbors spoke out against the change. Some said they preferred the green space and others said they didn’t want increased traffic and overflow parking in their neighborhood.

The pandemic delayed construction on the project almost a year, but crews plan to be finished by late summer or early fall.