The Maple Grove City Council is expected to vote Monday on final approval for a new apartment building that is designed to accommodate more tenants working from home. It will be Bloomington-based Doran Family Development’s fourth and final building phase for The Reserve at Arbor Lakes.

The plans call for a five-story, 164-unit building located off Arbor Lakes Parkway and Hemlock Lane. The new units will put the total for the entire development at 695 units. The initial concept plan was no more than 700 units, said Maple Grove Planning Manager Peter Vickerman.

“The only change with this proposal is they’re proposing a five-story building,” said Vickerman.

The first floor of the building is for enclosed parking and other amenities. Actual living units would be on floors two through five. A representative with Doran Family Development says there’s a higher parking ratio than other phases of the development to accommodate more people working from home.

“We’ve seen that demand increase for flexible work-from-home uses,” said Evan Doran, vice president of development at Doran Family Development. “That has also driven our belief that the parking ratio both internally and because of the large number of surface stalls will be useful and needed for this space.”

The project would fulfill one of the city’s goals to have higher density living next to its retail core. 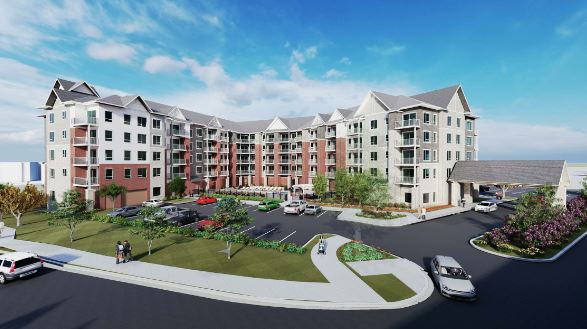 Rendering of fourth building to be built in The Reserve at Arbor Lakes.