For the last 36 years, Scott Crocker has shown an unwavering sense of loyalty to the New Hope Police Department.

“I get a little emotional now, but I never really thought about going anywhere else,” Crocker said.

Crocker was hired by the department in 1985 and worked his way up from officer to sergeant to captain.

“It just became like a family,” he said. “Pretty much everything I wanted to do in police work, I was able to do here.”

Now, Crocker says it’s time to finally step away from this family.

“It’s just getting to be that time,” he said. “I’m able to draw Social Security if I want. I won’t say exactly how old I am, but that’s old enough.” 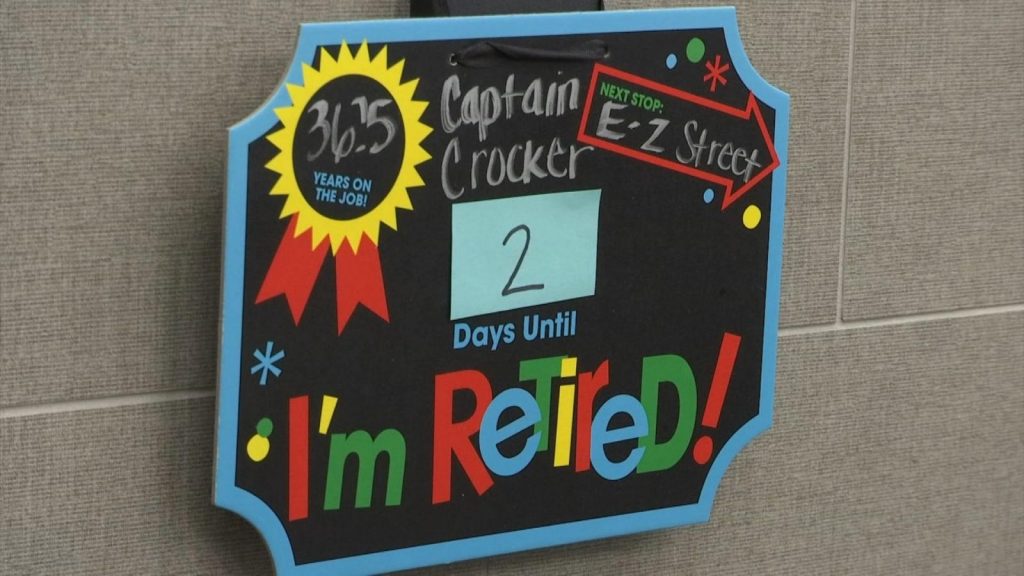 This sign hung outside of Crocker’s office the week he retired.

Crocker’s career is filled with significant moments, but he says none more so than the events of Jan. 26, 2015.

“It’s kind of a career-definer, myself and some of my colleagues, how we responded,” he said.

That evening, two officers were being sworn in at the New Hope City Council meeting.

Minutes later, Raymond Kmetz walked into city hall and opened fire on the officers. Two officers were hit by the gunfire and were hospitalized with non-life threatening injuries.

Crocker happened to be right there when the shooting happened.

“[Kmetz] came up the steps, he was behind some people, and the gun came down,” Crocker recalled. “And the next thing I knew, this was not planned at all, it was just pure reaction. My gun was in my hand and I’m going at him and… I shot him three times.

“So I mean, it was just basically a miracle that no one else got, you know…” Crocker said emotionally.

The quick actions from Crocker and two other officers likely prevented others from getting hurt. It was a defining moment in a lengthy law enforcement career that concluded on Oct. 29.

“I hope everyone thinks I’ve done a good job,” Crocker said. “It’s been a good career.”