A New Hope entrepreneur is once again receiving national attention thanks to comedian Stephen Colbert. This time, Colbert even gave a shoutout to New Hope Mayor Kathi Hemken regarding her Dec. 1 visit to Redmon’s Popcorn.

“One of those customers was none other than the mayor of New Hope, Minnesota herself, whose name is — say it with me — ‘Kathi Hemken!’ No surprise, a lot of Hemken-heads in the audience tonight,” Colbert said.

That was a line from Wednesday night’s edition of “The Late Show with Stephen Colbert.” The show was doing an update to a small business feature they put together in November on Redmon’s Popcorn in New Hope.

After the show initially highlighted Redmon’s Popcorn, the business had to shut down that same week due to code violations, such as the popcorn not being prepared in a commercial kitchen.

However, owner Zack Redmon made the necessary changes and is now back in business. So to celebrate that, Colbert briefly put up an electronic billboard in New York’s Times Square to advertise Redmon’s Popcorn. 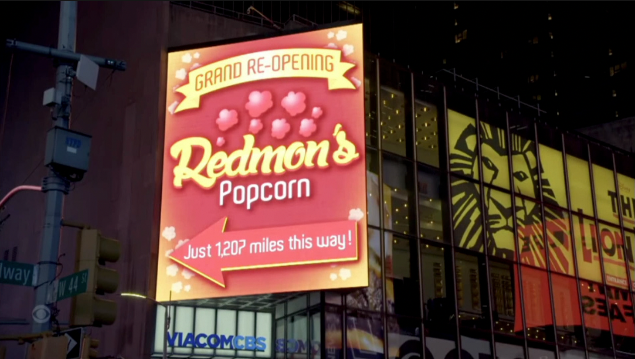