In the small confines of Suite 150B in New Hope’s Winnetka Professional Building, Zack Redmon is experiencing a business boom unlike any other since he opened Redmon’s Popcorn in February.

The line extended out the door on Tuesday as people waited to get their hands on one of Redmon’s 40 delicious flavors.

“The flavors are so unique and it’s just delicious,” said Jean Braun, who taught Redmon at Meadow Lake Elementary in the mid-90s.

To understand how this happened, you have to go back to May when Redmon was featured on our CCX newscast and said this:

“I’m like a luxury vehicle of popcorn, that’s what I say about myself,” Redmon said last spring.

That quote set off a chain of events.

“So after you guys did your interview, a lady named Emily Newman called me from CBS and she was like, do you want to come to New York to film a commercial? And I was like, yeah,” Redmon said.

Fast forward to the evening of Monday, Nov. 29. Comedian and television host, Stephen Colbert, introduced Redmon to the world on “The Late Show.”

“There was one small business that really caught my eye,” Colbert said during his opening monologue. “It’s a little place in New Hope, Minn., called Redmon’s Popcorn.”

Colbert heard Redmon’s quote about being “the luxury vehicle of popcorn” and decided to have some fun with it.

“Damn, this stuff is good,” Offerman said, as he ate a handful of popcorn. 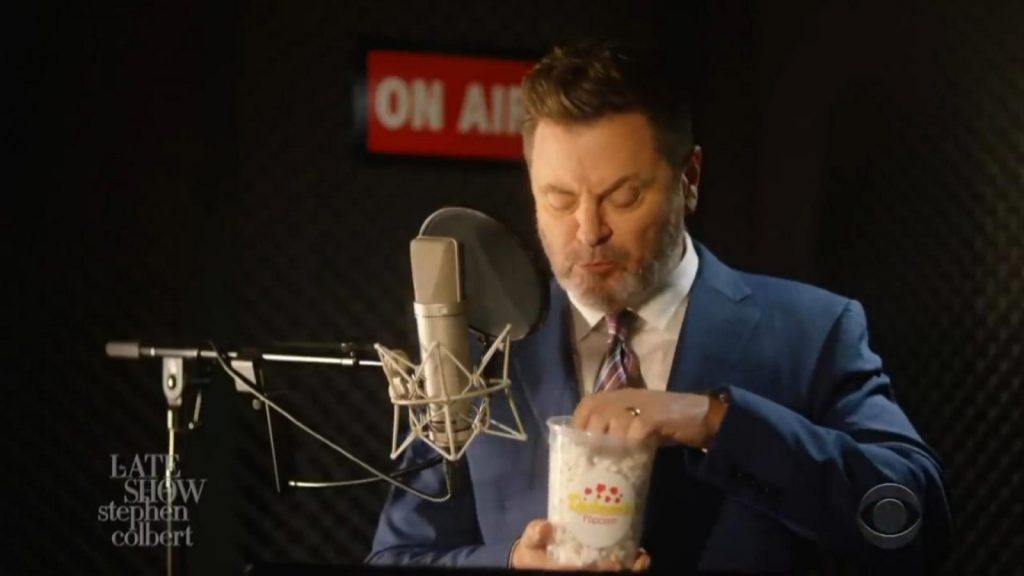 New Hope Mayor Kathi Hemken was one of the many customers who paid him a visit.

One day, Redmon hopes to move out of the small space in the Winnetka Professional Building. Now that word’s gotten out, it may have to happen sooner than expected.

“I’m definitely trying to venture off and make something bigger, but stay in the New Hope, Golden Valley, Crystal area for sure,” Redmon said.

Meanwhile, that “sooner than expected” is now. Redmon posted on his Facebook page on Wednesday that he’s closing his store, effective immediately, “due to state codes and laws.” He says he will do online orders until he can find a bigger space.