National Night Out Returns with Camaraderie and ‘Cornbread’

After more than a year of being cooped up, people took advantage of the opportunity to get outside and spend time with their neighbors during the return of National Night Out on Tuesday.

“It’s a big deal to miss it last year,” said Barry Dickson, who helped organize a Brooklyn Park block party. “It’s part of our community, so we love it.”

“We have newer, younger families moving in. We’ve got kids and stuff,” Dickson said. “So it’s just watching the rotation of people over that 20 years has been really special, and it’s pretty cool.”

Cool to hang out, eat, and see some new and familiar faces.

Meanwhile, at a National Night Out block party in Robbinsdale, residents used the opportunity to fulfill childhood dreams like running the police siren, while also connecting with local law enforcement.

It’s an important step to improving relations after some of the high-profile police shootings over the last year and a half.

“It’s a great chance to go out, hear the concerns, really meet people in a positive light,”` said Officer Nick Small of the Robbinsdale Police Department. “Address some of those local concerns that they may feel uncomfortable calling 911 about, and just get to know the community members.”

Over in Golden Valley, the night was about camaraderie and cornbread.

No, not cornbread the food, but 94-year-old “Cornbread” Harris, local musician and father of music producer Jimmy Jam.

“He’s got a lot of stories to tell, and he’s lived a lot of life, and he lives it with vigor,” said John Penny, a local composer and performer. 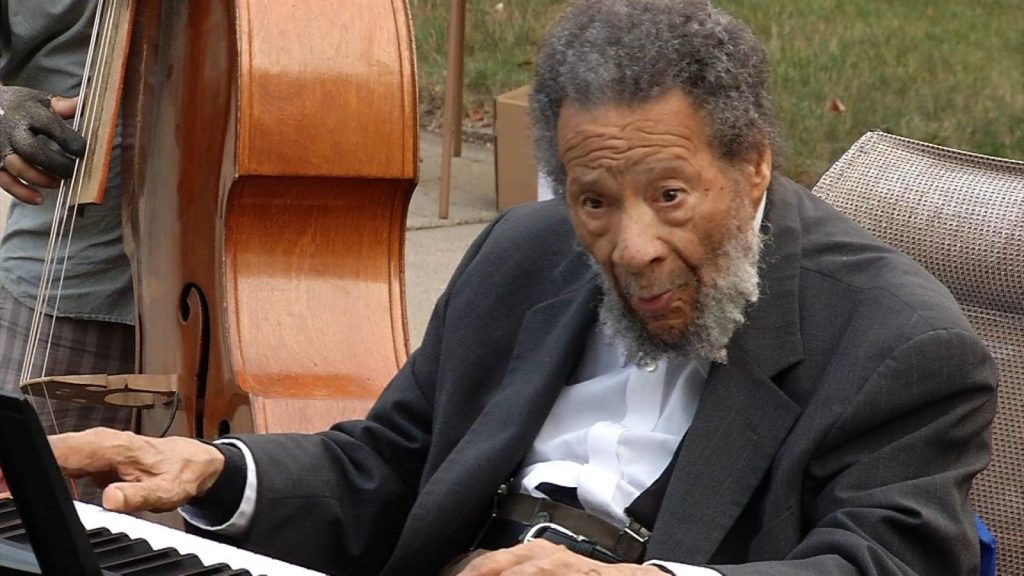 Penny used to live in that Golden Valley neighborhood. He wanted to come back for National Night Out, and he brought Cornbread with him.

“We are blessed,” said Jim Ellert, who helped organize the Golden Valley block party. “He is a legend, and he enjoys it. The band enjoys it. And they play for a hot dog and a beer.”

After a year of trying to survive a global pandemic, a hot dog, beer and live music in the company of neighbors is a well-deserved treat.

“It’s fitting to come back and play for these folks,” Penny said.