The city of Brooklyn Park held a lengthy discussion Monday night on whether to relax its ordinance for the storage of garbage cans.

According to city leaders, the reviews on the proposal are mixed.

“I’ll be honest, this is the most phone calls, emails I’ve gotten on any issue,” said Brooklyn Park City Council member Tonja West-Hafner. “And it really is sort of both sides.”

“Surprisingly, I’ve been seeing things around. People leave their garbage outside, their yard is full,” remarked Brooklyn Park resident Modupe Mafe. “It has to do with our health. Health is wealth.”

“There’s a reason I chose not to live in a townhome association too,” commented Brooklyn Park resident Ryan Jancik. “I don’t want nitpicking about everything. I don’t want my neighbors to go through all of that.” 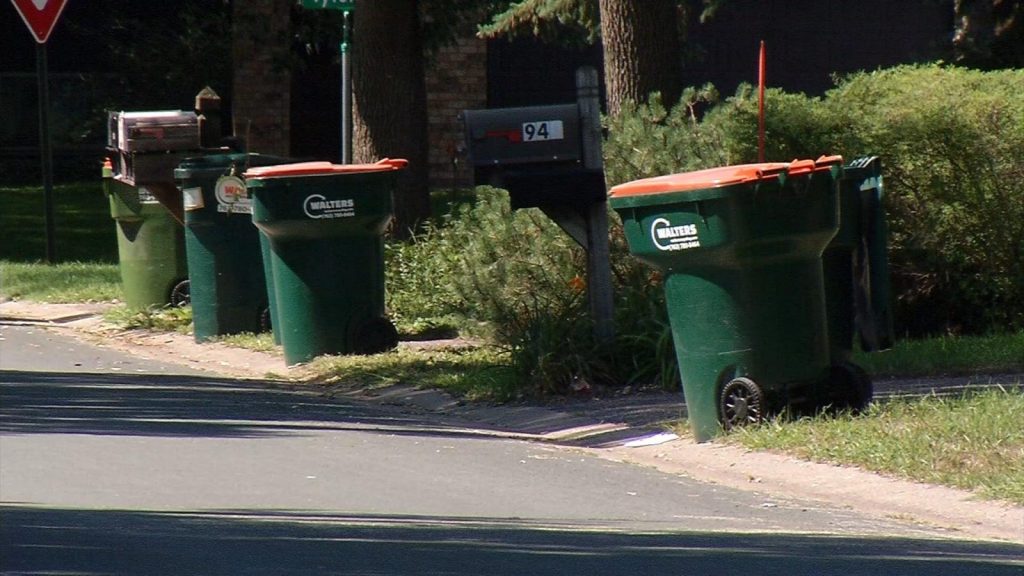 Trash cans are allowed on the curb no earlier than 3 p.m. before pickup day

Pros and Cons to Trash Can Storage Ordinance Change

Brooklyn Park last changed its waste container storage ordinance 12 years ago. Some believe the proposed change would help people with physical limitations or those with limited garage space. Others say changes shouldn’t be made for those who don’t adhere to the rules in the first place.

“This requires our staff to dedicate a lot of time in those areas,” said Jason Newby, the city’s inspections and environmental health manager.

Newby mentioned having to dedicate three seasonal interns just to trash can enforcement. He says that if the change was made, code enforcement could likely focus more on long grass, junk cars and “things that really impact safety and livability.”

Like many other cities, Brooklyn Park’s ordinance says containers cannot be overflowing with trash and debris. Waste bags also can’t be stored outside containers.

Enforcement actions in Brooklyn Park include citations that start at $55 and double for each repeat offense. Some residents have accumulated $800 in fines, Newby said.

After the public feedback portion ended, there was some dissent on whether to continue city council discussion on the topic. The city council voted 4-2 to cut off discussion and get to a vote. Council members XP Lee and Boyd Morson were opposed.

A vote to change the ordinance ended in a 3-3 tie. Mayor Lisa Jacobson and council members Lee and West-Hafner voted against the change. Council member Susan Pha was not present. City attorney Jim Thomson said the proposal is expected to come back for another vote when all council members can attend.