False rumors of police fatally shooting a Black man in downtown Minneapolis Wednesday night resulted in violence and looting in the city, some of it caused by residents of northwest suburbs, jail records show. City surveillance video shows a suicide of a homicide suspect in downtown Minneapolis that was initially blamed on police.

Governor Tim Walz ordered in the Minnesota National Guard to quell the chaos across downtown Minneapolis that resulted from the incident. A curfew remains in effect in Minneapolis for Thursday night.

Much of the damage occurred along Nicollet Mall, including a fire at Brit’s Pub. Police say the man who committed suicide was wanted for the killing of another man earlier Wednesday in a downtown Minneapolis parking garage.

CCX News reviewed overnight jail records, which showed arrests made of Brooklyn Park, Crystal and New Hope residents for rioting and burglary. Here’s a breakdown of arrests by crime and suspect place of residence:

Police also made arrests of numerous other individuals, a majority of them from Minneapolis and St. Paul. A couple individuals arrested for riot have residences from out of state. One of them is from Amarillo, Tex; another from Decatur, Ga. 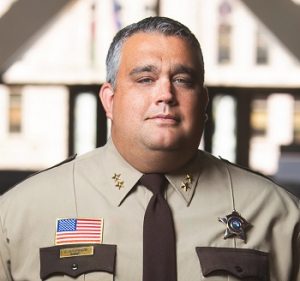 Hennepin County Sheriff David Hutchinson says 132 people were arrested by multiple agencies related to Wednesday night’s riots in Minneapolis. In a statement released to media, Hutchinson said “the violence must stop now and criminal activity will not be tolerated.”

The sheriff urged people to stay home and abide by the citywide curfew in Minneapolis, which starts at 8 p.m. Thursday and ends at 6 a.m. Friday.

Yesterday a man wanted in connection to a murder took his own life in broad daylight. Misinformation quickly spread that he had been killed by law enforcement, even though video and eyewitnesses clearly confirm that this was not the case. As a result, downtown Minneapolis was plagued by rioting and looting throughout the night.

My staff and I fully support the right to protest peacefully and assemble lawfully. Our deputies and staff will continue to do all we can to ensure demonstrators have a safe environment to voice their concerns. But violence and looting will simply not be tolerated. We will not sit back and let criminal activity occur without consequences. We will make lawful arrests to ensure the safety and security of our citizens and our cities.

I am now asking everyone to come together and refrain from more violence and looting. Let’s work together to prevent further destruction, pass meaningful police reforms and build a safer Hennepin County for everyone.”