One angler at Medicine Lake said he measured 11 inches of ice thickness, but adds there’s a lot of messy slush on the ice right now.

“The last time I was out there, there was 11 inches of ice. That’s plenty of inches of ice, but you can’t drive on it yet,” said Jerry Daniels from New Hope. “I don’t. Some crazy people do, but I don’t understand it.”

DNR officials say the snow can be deceiving despite the January cold. They say snow acts like a blanket, preventing thick ice to form.

Daniels also said that the recent snowfall is pushing the ice down and when he drills a hole in the top of the ice, water pours out. 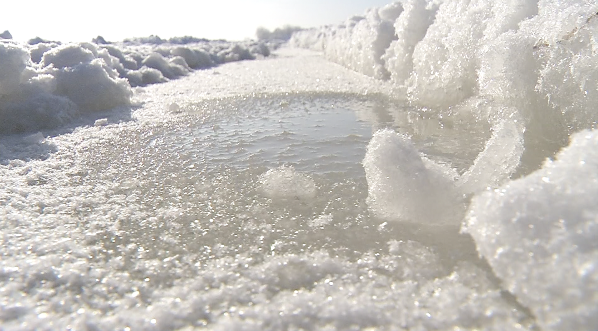 A slushy patch of ice on Medicine Lake.