There’s a change in plans for a new Shake Shack restaurant proposed for Maple Grove. That change would include a drive-through. According to Maple Grove city officials, it would the company’s first drive-through in the U.S.

Shake Shack is proposing the restaurant along Elm Creek Boulevard at The Shoppes at Arbor Lakes, just east of Red Lobster. The 3,200-square-foot restaurant would be constructed on existing parking spaces.

The fast casual restaurant was originally recommended for approval one year ago. But now a two-lane drive-through has been added to the plans.

“We think that it’s manageable within the site,” said Joe Hogeboom, director of the city’s community and economic development department. 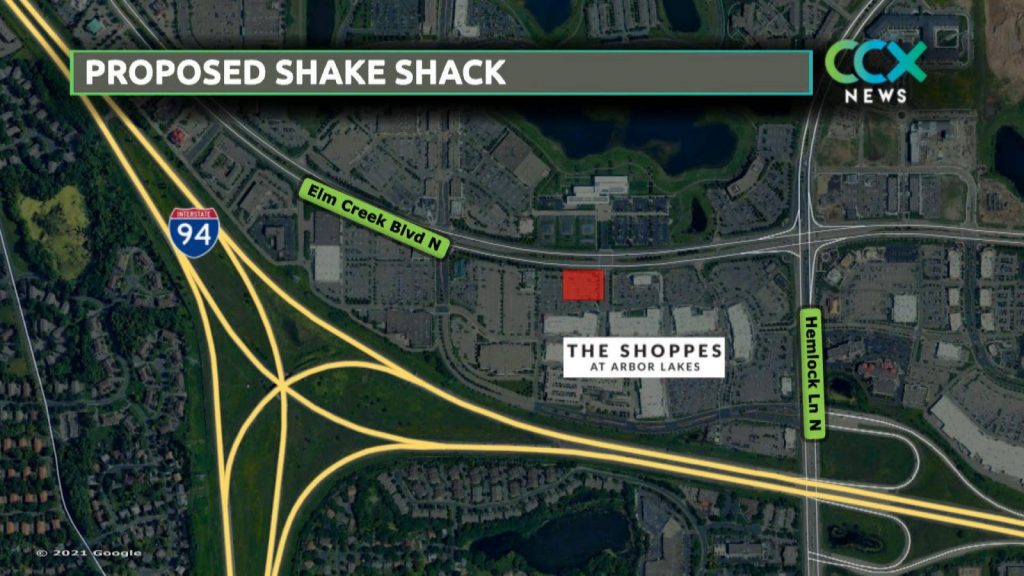 The Maple Grove Planning Commission is uncomfortable with the current layout. The planning commission recently voted 7-0 to table the drive-through plan until its April 12 meeting.

“I’m okay with accepting a drive-through, but not as it’s currently laid out,” said Craig Lamothe, who chairs the planning commission.

Lamothe also noted that the Shake Shack would be close to Potbelly and raised concerns about the vehicle stacking for the drive-through.

Tabling the project would give designers more time to present an alternative plan. It would also allow time to go over a parking arrangement The Shoppes shares with Red Lobster, which owns its parcel.

There are two other Shake Shacks in Minnesota: one in Edina and the other at the Mall of America.