A Minnesota Senate committee approved a bill Wednesday that would give the Senate more say over who sits on a board that sets guidelines for criminal sentencing.

“Broad changes and sweeping reforms must be analyzed by those accountable to the public,” Limmer said during a news conference Wednesday morning. “And in this particular case, the Sentencing Guidelines Commission members that are appointed, and not elected, need to be vetted and confirmed by the Minnesota Senate.”

Senator Limmer is referring to the Minnesota Sentencing Guidelines Commission. It’s an 11-person body where eight members are appointed by the governor to a four-year term. The Minnesota Supreme Court appoints the other three. 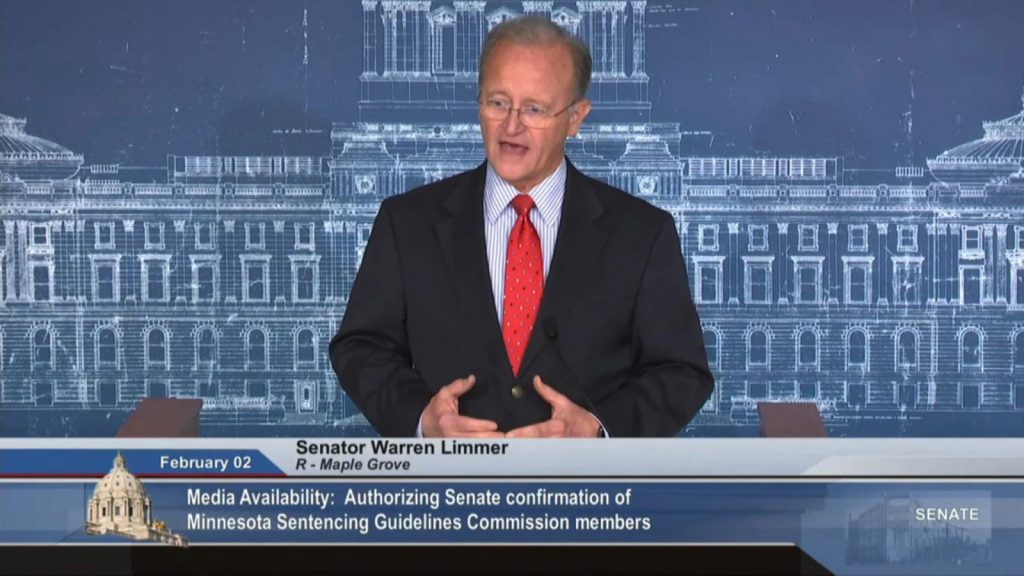 Senator Limmer presented his bill to members of the media Wednesday morning.

Limmer points to a policy change the commission made in 2019 that caps probation at five years for most crimes. He now wants to give the state Senate the ability to confirm the people appointed by the governor.

“The power belongs to the people through the legislature,” Limmer said. “And we’re just trying to get our hands on it and give a little more direction. We’re not making a proposal to appoint directly from the legislature. We just want a process to see who’s getting in there, what’s their philosophical viewpoints? Is it reflective of, perhaps, the people back home? The voters. Those are the important concepts.”

During the Wednesday afternoon hearing of the Senate Judiciary and Public Safety Committee, Sen. Ron Latz, DFL-St. Louis Park, said the commission is comprised of diverse philosophies and viewpoints and shouldn’t get caught up in the middle of political differences.

People that sit on the commission include a peace officer, a probation/parole officer, a victim of a felony crime, a public defender and a county attorney, among others.

Prior to voting against the SF 2672, Latz voiced his opposition.

Ultimately, the committee voted to move the bill forward on a party-line vote, with all Republicans voting in favor and DFL-ers opposed. The bill now goes to the State Government Committee.