Big changes are coming for Maple Grove’s Elm Road, a gravel road in the southwest portion of the city. But before those changes take place, city officials want the public’s feedback on major design elements. 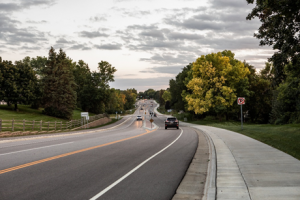 A design of what Elm Road could look like. Maple Grove wants the public’s feedback.

In March, the Maple Grove City Council approved a new development that would add more than 100 homes to the area surrounding Elm Road, which is still relatively rural. 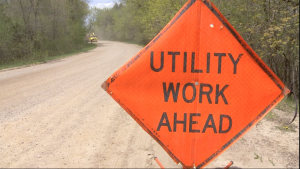 Utility work being done on Elm Road in Maple Grove.

To accommodate all of the extra traffic, Maple Grove plans to reconstruct Elm Road between Vicksburg Lane and Lawndale Lane and turn the road into a “major collector” that’s designed to provide access from the neighborhoods to Lawndale and Vicksburg lanes.

The city has set up a website where residents can learn about plans being considered by city engineers and provide input on design elements such as trees, parking and turn lanes.

Construction in this area should begin later this year.

People can provide feedback via the Elm Road Design Forum at https://wsb.mysocialpinpoint.com/elmroad.