Maple Grove has the city’s Town Green park lit up in red lights this week to remember firefighter Mike Paidar, who died of cancer last August. The lights will be red all week for “Light the Night for Fallen Firefighters.”

Chief Tim Bush says Paidar was a coach, who always pushed firefighters to be better versions of themselves. 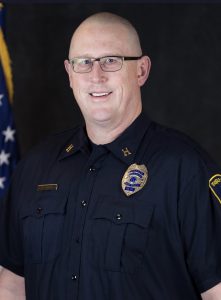 Mike Paidar was a full-time firefighter and medic for the St. Paul Fire Department. In his off hours he was a paid-on-call firefighter at Maple Grove Station 45.

Firefighters set up a memorial locker to remember Paidar.

“Mike Paidar had a way of working with young people, whether it was his kids’ basketball team or new firefighters or even senior firefighters. As a coach, he could get us to do things that we didn’t believe in ourselves,” said Chief Bush.

The city of Maple Grove remembered Paidar as part of “Light the Night for Fallen Fighters.” They passed a proclamation and lit the Town Green in red lights.

See also: Maple Grove Firefighters Mourn the Loss of One of Their Own