In Maple Grove Thursday, it was a celebration of business startups. One of the startups, Nuvaira, developed a groundbreaking technology that could one day treat a range of lung diseases.

U.S. Rep. Dean Phillips, D-3rd District, received a tour Thursday at Nuvaira, which moved to Maple Grove from Plymouth six months ago. The med-tech firm developed a one-time treatment that could be used on patients with chronic obstructive pulmonary disease, which includes conditions such as emphysema and chronic bronchitis.

“We’re in the pivotal, the final major U.S. clinical trial right now,” said Dr. Dennis Wahr, CEO of Nuvaira. “The trial is about half done. So that’s where we are. It’s a really exciting time for the company.”

Dr. Wahr says the clinical trial is expected to last through the end of the year. If approved by the FDA, the treatment method could reach the market in two years.

The method developed by Nuvaira would help people with chronic lung conditions to breath better and improve exercise tolerance. The treatment inserts a catheter into a flexible bronchoscope. It then applies thermal energy to each bronchial wall.

“It knocks out about 65 percent of the nerves that cause airways to constrict,” said Dr. Wahr.

Wahr says the treatment blocks recurrent exacerbations or flare-ups that often send people with lung conditions to the hospital. 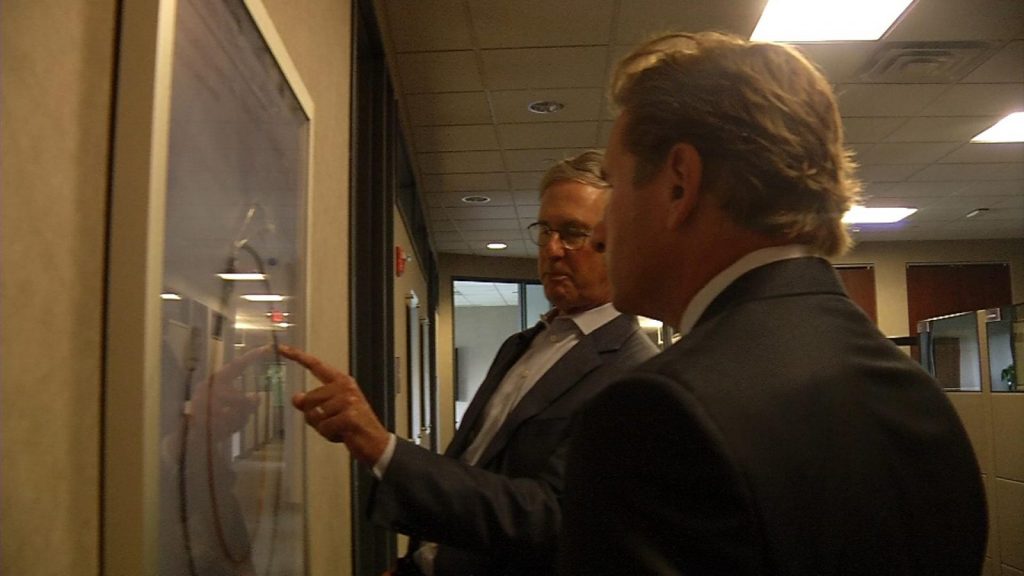 The clinical trial results so far have been promising, Wahr said. But getting to this stage has been expensive and taken a long time. Nuvaira has received $145 million in venture capital for the development of the treatment.

The Maple Grove company was founded 10 years ago. Since then it has taken four years of research and six years of clinical trials.

“That’s normal. That’s not unusual for novel medical technology,” said Wahr about the length of time.

Nuvaira currently has 52 employees, but if its product is approved, it plans to expand.