According to a press release, investigators have identified five juveniles as persons of interest in the case.

“Investigators are seeking assistance in identifying any other individuals and any other information the public may have,” said Maple Grove police Cmdr. John Wetternach in the release.

The announcement comes as volunteers showed up Tuesday morning to help salvage plants at the Maple Grove greenhouse. 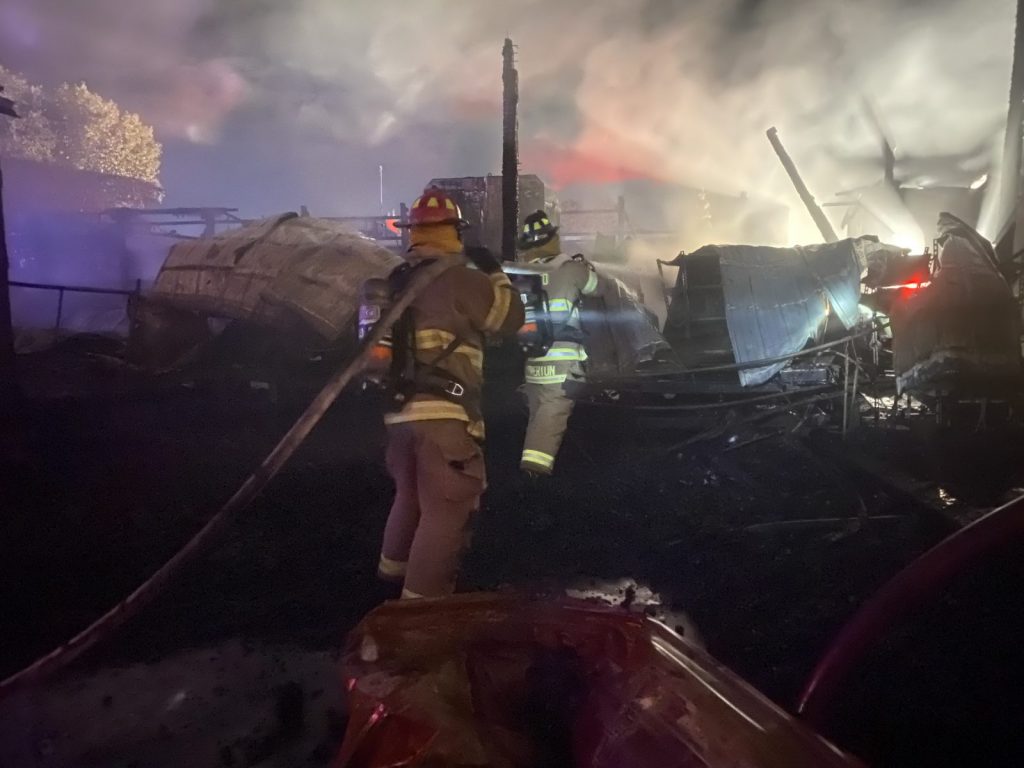 Firefighters work to put out Lynde Greenhouse and Nursery fire

Firefighters responded to the greenhouse at 3:25 a.m. Sunday. The fire took several hours to put out, officials said, causing severe damage to many of the buildings on the site.

“It’s very much totally destroyed,” Maple Grove Fire Chief Tim Bush said. “The auxiliary buildings where the heating plant was, some of their storage area and one of their large greenhouse complexes, it’s gone.”

The Maple Grove Police Department is encouraging anyone with information on the case to call Detective Angela Tschida at 763-494-6214 or email atschida@maplegrovemn.gov.