A Maple Grove family has been displaced following a house fire Monday.

Firefighters responded to a home on the 9600 block of Vagabond Lane North around 2:30 Monday afternoon after receiving a call about a fire on the deck.

As crews were en route, they noticed heavy smoke and upgraded the fire to a second alarm, which brought all five of Maple Grove’s fire stations to the scene.

Investigators say one teenager was home at the time of the incident, but the resident was able to escape unharmed after neighbors knocked on the door to alert them of the fire. 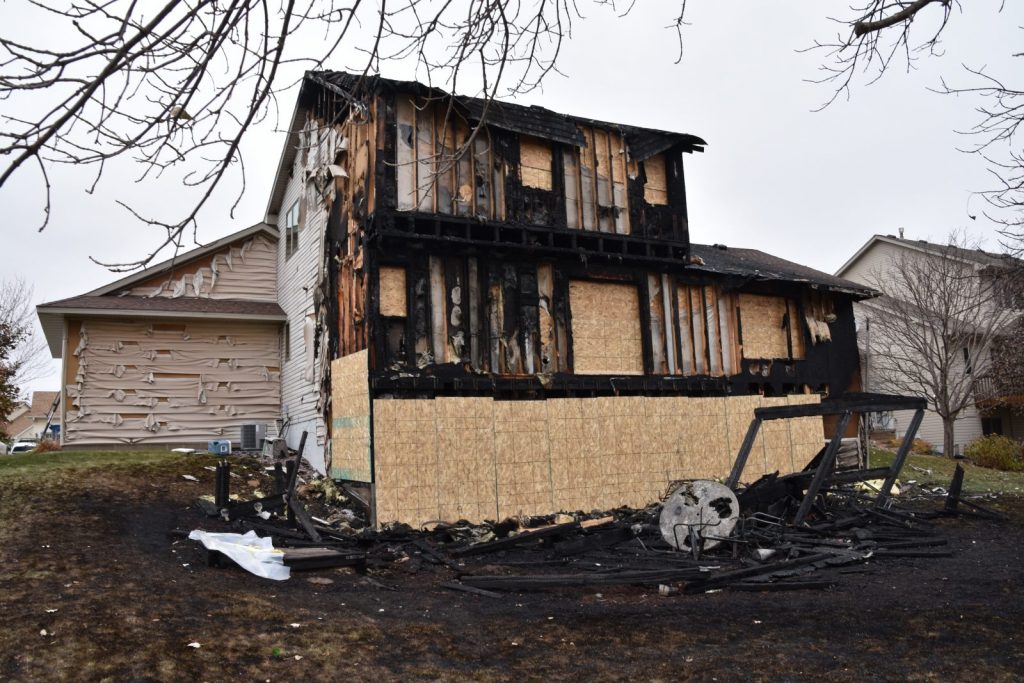 The aftermath of the Maple Grove house fire.

Firefighters say the home could be considered a total loss because some of the structural integrity has been compromised.

“Really early to be talking about the potential cause,” said Chief Tim Bush of the Maple Grove Fire Department. “We know it started on the deck. I think we’ve ruled out the grill. But there’s some other things the investigators are looking into, and hopefully in a few days they’ll have a little bit better of an idea.”

Meanwhile, investigators remind homeowners to have working smoke alarms as we enter the winter season.