Another round of liquor license violations in Maple Grove brought out frustrations this week from city council members. A handful of businesses were caught serving alcohol to people under 21.

For Benihana and Grill Hall Churrascaria, it was their second failed alcohol compliance check in less than a year’s time. Compliance checks involve police and an underage decoy attempting to buy alcohol. Businesses in Maple Grove are given a notice that the checks will occur.

Maple Grove Mayor Mark Steffenson noted it’s not just a punishment for the business, there’s penalties for the server too.

“From the server that was fired, for her there’s a lot of additional consequences there, she’s gotten charged,” said Steffenson, referencing one of the cases. “She’s going to be punished in court for what she did. It has a lot of effects on the server.”

Maple Grove requires everyone to be carded, no matter the age.

Steffenson says there’s a reason for that too: some people are not allowed to be served alcohol due to multiple DWI convictions.

“There are individuals who on their licenses say they can’t be served alcohol,” said Steffenson.

For the business owners, it’s upsetting too.

One business, TGI Fridays, also was listed as failing its compliance check but it’s challenging the facts of the alleged violation. 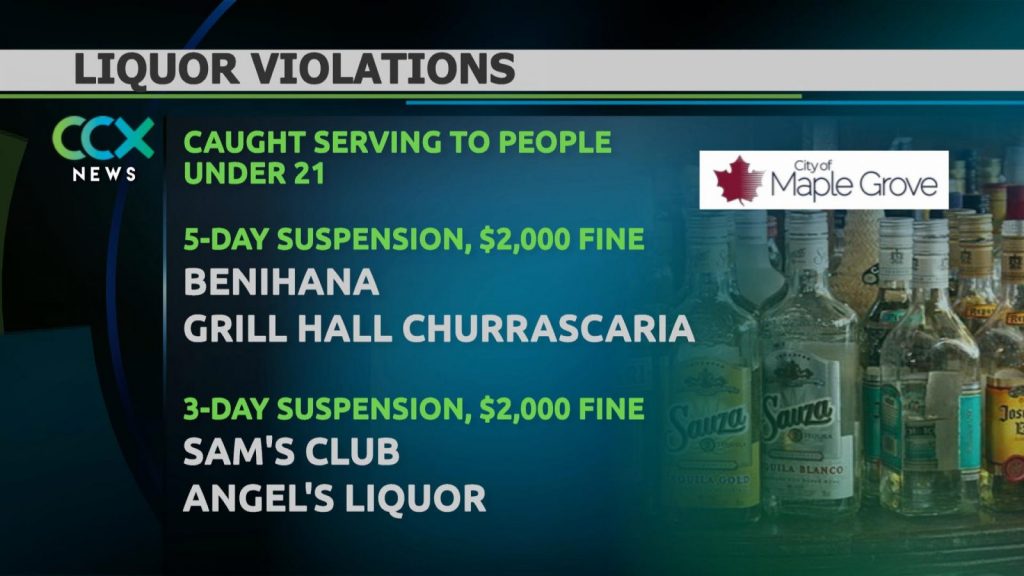