The Maple Grove City Council has approved plans to remake one of its community playfields into a signature destination for youth baseball and softball tournaments.

The estimated $12.3 million plan for Gleason Fields, located in the southwest part of the city, includes building four ballfields to support youth baseball and fastpitch softball. Both the infields and outfields will contain synthetic turf at all four fields.

“We’re proposing that for a number of reasons. One is better utilization of the fields in general. You can start a lot earlier in the season on synthetic turf. You can go longer into the seasons. And the fields are minimally impacted by heavy rains during the season,” said Paul Paige, president of Minneapolis-based HKGi landscape architecture firm.

The project also includes LED lighting for all four fields, a new concession building and covered seating for spectators. Another multi-use field is also included in the plans. Maple Grove city staff and the city’s volunteer Parks and Recreation Board worked with both HKGi and Stantec consulting teams over the past six months on the plans. 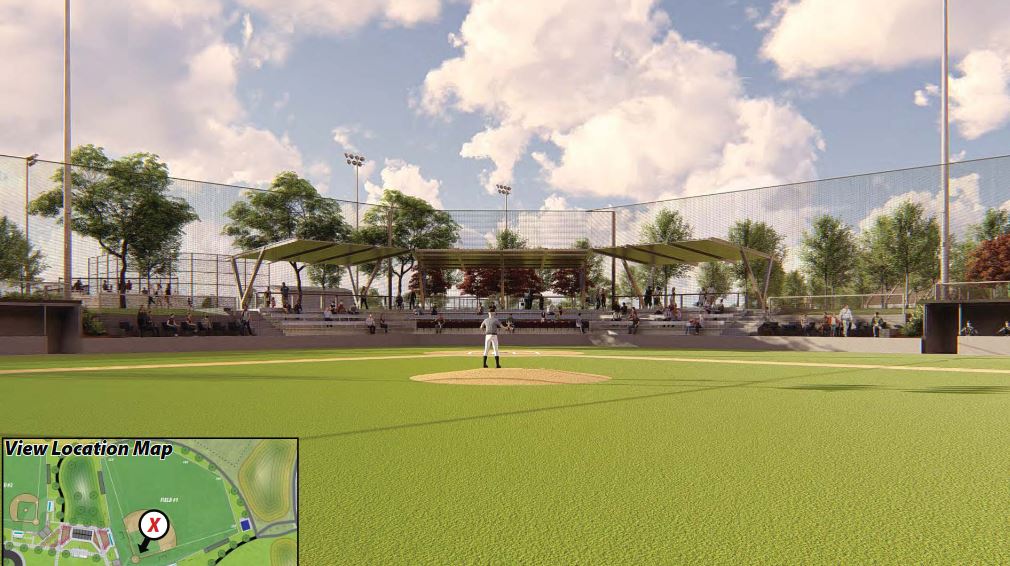 The project will also include park upgrades, such as a new playground on the west side of the park, a new park pavilion, an expanded ice skating area, the addition of two pickleball courts and a much larger sledding hill at the southwest corner of the site.

City park officials had deemed Gleason Fields as “underutilized.” The goal was to make service levels more in line with its popular Fernbrook Fields. The proposed improvements received favorable neighborhood feedback in a recent city survey. The city completed a feasibility study and community engagement back in the fall of last year.

“I’m super excited about this project,” added Maple Grove City Council member Judy Hanson. “It really turned into just kind of beyond anything that I could have imagined.” 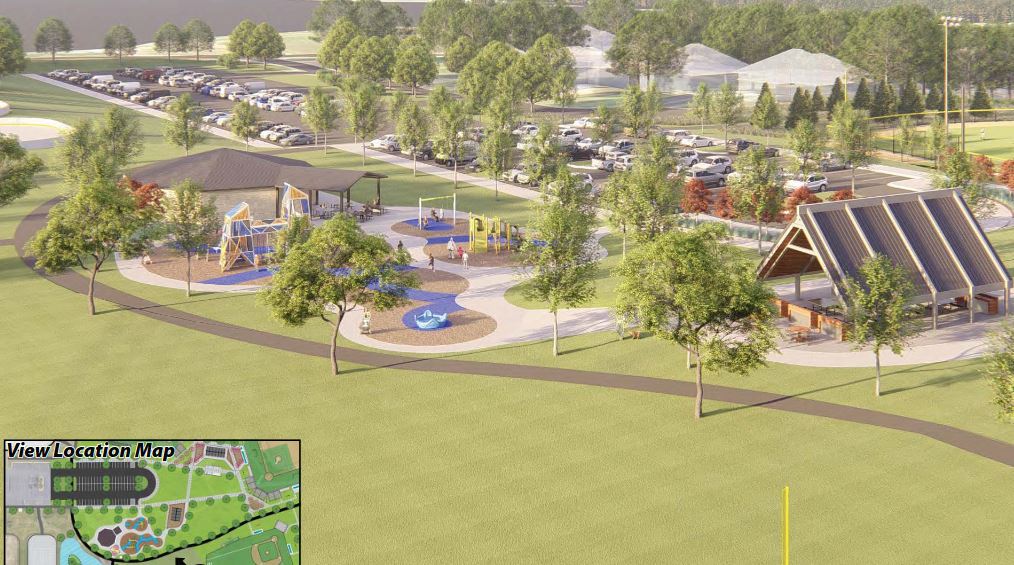 View of proposed playground and picnic pavilion/Rendering from Stantec

Funding to Come from Several Sources

A large portion of the project will be paid for out of existing city funds. More than $7 million would come from the city’s park dedication fund and nearly $3 million from the city’s long-term development fund.

A partnership agreement with the Osseo-Maple Grove Athletic Association would fund 20 percent, or about $1.5 million, of the ballpark complex. The city has also applied for a $300,000 Hennepin Youth Sports Grant to offset some of the cost.