A Minneapolis man has been charged with murder for shooting his girlfriend’s ex-boyfriend as he was dropping off children to visit their mother. Hennepin County Attorney Mike Freeman announced the charges Tuesday. 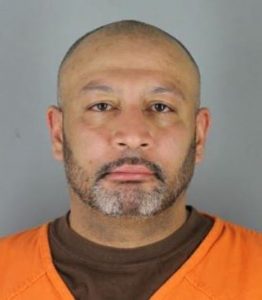 Rodney Velho, 44, was charged with second-degree murder in the death of the 31-year-old man. The Hennepin County Medical Examiner has yet to release the identity of the victim. CCX News first reported on the story Monday.

According to the complaint, Velho and his girlfriend were celebrating her birthday Sunday at the woman’s apartment at 11800 80th Ave. in Maple Grove.  At some point, the woman told Velho that the victim, who was the father of her children and who had custody of them, was dropping by with the children for a scheduled visitation with their mother. Velho said that would be fine, the complaint said.

Surveillance video showed that the victim arrived with the two children just before 6 p.m. Another witness in the home said the mother of the children introduced Velho to the victim and they shook hands.

However, about 45 minutes later, the two men got into an argument in the bathroom. Velho pulled out a black, .40 caliber semi-automatic handgun and shot the victim, who stumbled out of the bathroom and fell to the floor in the kitchen. Velho then fired two more shots, the complaint said. The police noted when they arrived that the victim had been shot twice in the chest and once in the abdomen. The victim was unarmed.

The woman said she was calling the police and Velho fled. Surveillance video showed him coming out of the apartment building at 7:10 p.m. Police arrested him in the parking lot, according to the complaint.

Velho is expected to make his first court appearance Wednesday.