A Brooklyn Park apartment complex with a reputation for criminal activity and maintenance issues could receive a significant financial boost under the governor’s proposed budget.

Aeon, the nonprofit developer that owns the Huntington Place Apartments, admits that the property has been neglected for the last 30 years. But residents say things are improving, and a proposed investment by the state could help continue moving things in the right direction.

“There was a lot of violence, there was a lot of arguments, a lot of fights, things happening in the parking lot,” said Kim Jackson, a Huntington Place resident. “But we got security through Huntington, and all of a sudden things were better. People were talking to each other. They were laughing. They were smiling.”

Jackson has lived at Huntington Place for the last five years. Wednesday, she joined Lieutenant Governor Peggy Flanagan, and representatives from Aeon, to talk about the importance of investing in affordable housing and keeping it affordable. 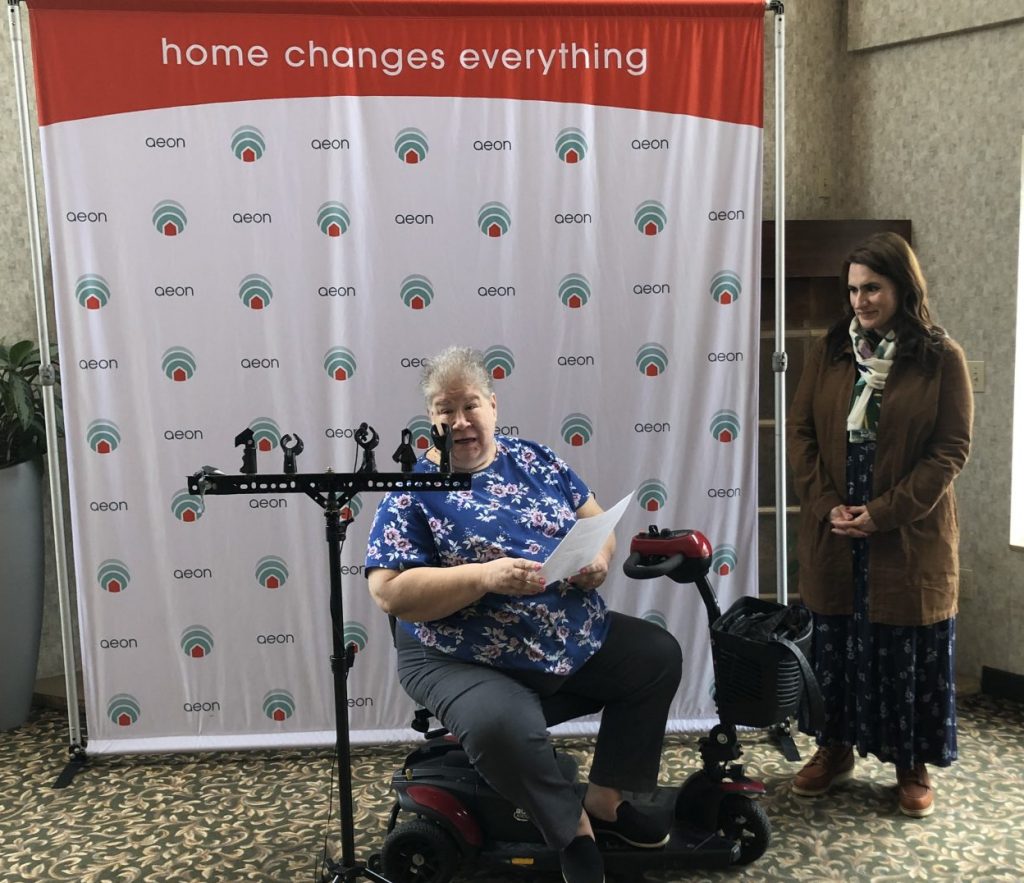 The governor’s proposed budget calls for a $100 million investment to preserve and improve existing housing.

Experts say that affordable housing has eroded in recent years as investors buy up properties similar to Huntington Place and increase rent.

Since acquiring Huntington Place in 2020, Aeon has tried to make improvements while also keeping costs low for residents. State officials wanted to highlight Huntington Place as an example of what could be done across the state.

“What I have seen is a real commitment from Aeon to making sure that this is a stable, welcoming, safe community for everybody who lives here,” Flanagan said. “And frankly, that is what everyone in Minnesota and Brooklyn Park deserves.”

If the legislature approves this proposal, the state would preserve an estimated 2,850 homes. When the Lieutenant Governor was asked if the Republican Senate supports the idea, she said, “we’re working on it.”