The fire broke out around 7:30 a.m. Sunday at the Pheasant Park Apartments on the 5600 block of Boone Avenue N. The West Metro Fire-Rescue District, the first fire department on the scene, said fire and smoke was visible on the first floor of the three-story building. The fire quickly spread to the second and third-floor balconies, officials said.

“The building was evacuated and one resident was transported to the hospital,” said West Metro Fire Chief Sarah Larson in a press release on the New Hope fire. The extent of that person’s injuries is unknown.

About 200 people lived at the building. Larson said the fire destroyed six units and damaged at least nine others. The local chapter of the American Red Cross said it’s helping as many as 100 people with emergency assistance, including food and shelter.

“At this time, early indications point to the fire starting accidentally,” said Larson.

One witness said her mother lives on the side of the building where the fire happened.

“I was terrified,” she said.

The woman identified herself as the daughter of Robbinsdale School Board member Sharon Brooks Green, who it turns out was out of town and has yet to the see the damage.

“My heart goes out to my neighbors. I have really good neighbors, and I’m so sorry this happened to us,” Brooks Green told CCX News over the phone. “This is tragic for myself, but I know that I have to keep going.”

The official cause of the fire is still under investigation.

It was a busy weekend for the West Metro fire department. On Saturday afternoon, West Metro responded to a house fire in Crystal that claimed the life of an elderly woman. 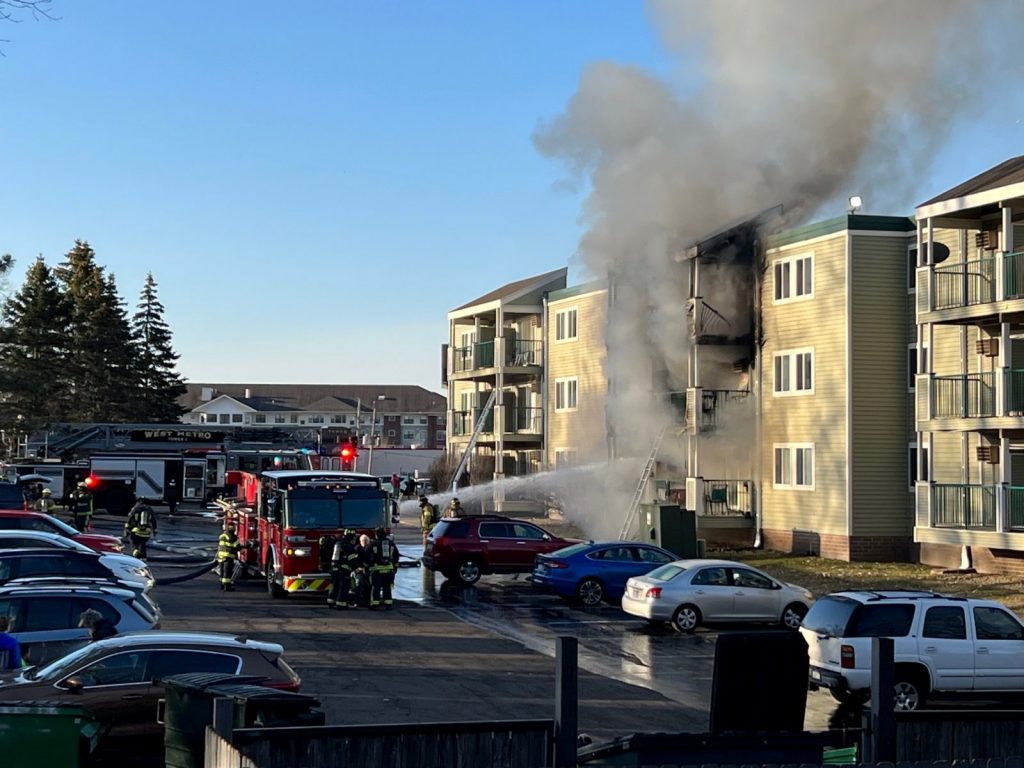